They are the Haitians, who do not travel by caravan, but detached themselves from the large group, made a small one to continue their way to the border with the United States, they have no refuge.

Mazatlán, Sinaloa.- Mexico is a transit country for foreigners seeking to reach the United States. Until a few years ago, mainly migrants from Honduras, El Salvador and Guatemala walked through their lands, but the migratory phenomenon has changed its face, now there are thousands of Haitians in the south and north of the country.

This 2021, even with the Covid-19 pandemic, the migratory flow has grown, even accelerated, since only in the last month up to a thousand Haitians have arrived at the port.

Sinaloa, and mainly Mazatlán, have become an important point on the route of the so-called “American dream” for many migrants, and the Haitian community has been appearing in the city in their attempt to reach the border and have other life opportunities.

The president of the civil association Mazatlán Fraterno, Omar Lizárraga Morales, comments that as an organization that helps to humanitarianly assist the passage of migrants through Mazatlán, they have observed an increase in this community for six months.

“Before and during the pandemic they were going to Ecuador, Brazil, Chile, Argentina, but with the health crisis there was also an economic crisis in those countries, so they had to redirect their migration route to Mexico and the United States, which is the main desired destination , “he said.

Years ago it was about a migration of men of productive age, but since 2000 the Central American population has diversified, they are not only men, but entire families.

According to Lizárraga Morales, when undocumented Central American migrants arrive in Chiapas, they can choose two routes, which is the Gulf through Veracruz, Tamaulipas, to reach Texas, which is the shortest but the most dangerous; and that of the Pacific, which is traced by the railroad and which is where Mazatlán is.

In addition to the fact that in Mexico, due to the clandestinity in which they travel, men, women and children experience tragedies like the one a week ago in Chiapas, where there was an accident and at least 56 migrants who were traveling in a trailer box died. .

He explains that in the case of Haitians, they come from Ecuador and have to cross several countries, but that the most dangerous crossing is the Darien Gap, between Panama and Colombia, a section controlled by drug traffickers, guerrillas and human traffickers.

The migrant leaves his home for three main reasons, which are the economy, security and natural disasters; in the case of Haiti, the combination of ungovernability aggravated the situation. 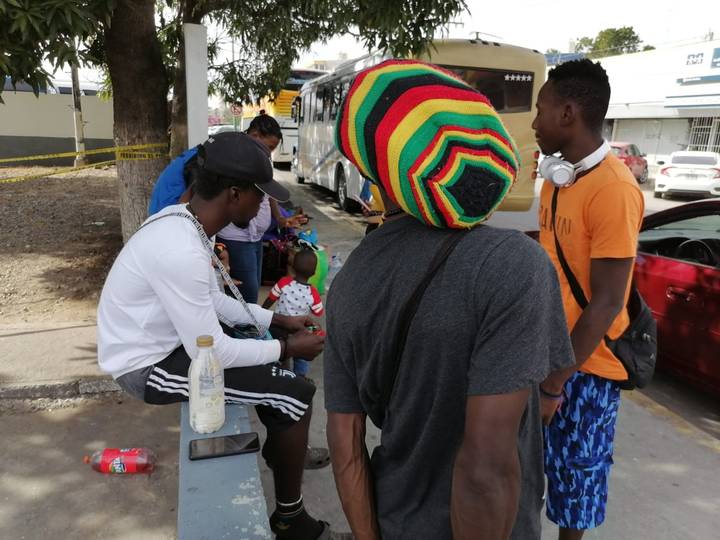 The migratory phenomenon that is being experienced now is part of an exodus of Haitians that began after the earthquake in 2010, which did not necessarily go, in principle, to the United States. In 2016 this worsened, as there was a very strong hurricane that destroyed the fields and left thousands without sources of employment since the main activity is agriculture.

“In August 2021 there was a very strong earthquake that left about 5,000 dead and many were left without a source of employment and a month later the president was killed, then the economic, political and security crisis worsened in Haiti and the flow intensified. ”, Highlights Lizárraga Morales.

Now there are around 15 thousand Haitian migrants who are on the border between Mexico and the United States, but one must also speak of the hundreds of thousands who have dispersed throughout the Americas during the last 11 years.

The UAS investigator said that, in interviews he has conducted with the Haitian community that arrives at the Central Bus Station, they have learned that there is a large caravan coming from Chiapas and Mexico City to the northwest; many of them wait for their relatives to travel the remaining distance from Mazatlán.

Haitians have been living on the streets for 5 to 7 months, arriving mainly in the country of Ecuador, where they do not request any type of passport and from there they take the different routes; They survive on the money sent to them by relatives who live in Mexico or the United States, in addition to the support given by organizations dedicated to immigration care.

Mazatlán has become a main point for Haitians, since it is the place where they are facilitating the processing of their transit card to travel by buses, so this flow will continue for several more months, since this group concentrates in the Central Bus Station and surrounding areas.

“Migrants move through networks that they already have, family and friends who give them information, empower them with accommodation, knowledge of job offers, so in that sense they go to the border, Mexicali and Tijuana, where there is an established community and since they speak French, mobilization and communication are complicated in other cities where the population does not speak that language. “ 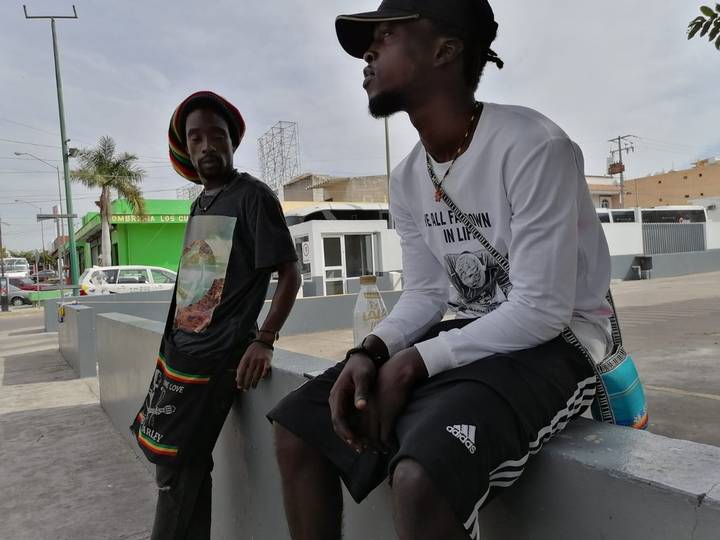 The also author of the book El Tren de los Sueños, Mobility of Citizens of Central Americans in Transit through Sinaloa, revealed that according to the 2020 population census there was a record of 4 thousand Haitians, especially on the northern border, but currently the figure it has grown threefold.

According to figures from the Mexican Commission for Aid to Refugees (Comar), citizens of Haitian origin are the second that have presented the most asylum applications in their delegations in Chiapas, Tabasco, Veracruz, Baja California and Mexico City.

From January to August of this year, 77 thousand 559 asylum requests have been received, of which 18 thousand 883, which represents 24%, are from Haitian citizens, only below the Hondurans, who have processed 29 thousand 699 with a 38 %.

“Comar requests are saturated, the nationality that has the most Mexico requests are Hondurans, who are also in a serious security and economic crisis; secondly, they are Haitians, hundreds are arriving and in desperation they continue their route of Irregularly, there are activists who estimate around 30,000 who are in Mexico right now, some have advanced further, others are arriving. “

After studying the phenomenon of migration, Lizárraga Morales had the concern to do something and it was in 2016 that he organized together with a group of friends to form this civil association, fraternal Mazatlán.

It highlights that the main objective is to assist migrants in the most basic things, such as providing them with food, water and clothing.

“We hold collection days and take them to the train tracks, or where groups are detected, since then we have tried to set up a shelter, but there has been no response and we have given up a bit, but next year we will continue with the management” .

Those who wish to help Mazatlán Fraterno AC with food and clothing support to assist the Haitian community, can contact Omar Lizárraga Morales directly at his telephone number 6692151670.