The place could become a ‘time bomb’ for the current administration, warns environmentalist

Mazatlan, Sinloaa.- The number one priority that will have to face the person they appoint as director of Ecology and Municipal Environment, will be to give solution to the problem of the municipal dump since it is about to collapse and can become a “time bomb” for the current administration, warned the president of the Center for Agricultural and Environmental Education, David Ocampo Peraza.

He said that the management and destination of Mazatlán’s domestic, industrial and hospital solid waste has been the Achilles’ heel of recent administrations, which have been left with only attempts and proposals for solutions, instead of promoting a precise program for that area.

Hence, he added, the importance of the appointment of the head of this Directorate being a person with a professional profile and with a lot of capacity, which may arise from a shortlist suggested by environmental and environmental organizations.

To achieve this, the municipal government will have to open up and listen to professionals, including environmentalists and environmentalists who have been ignored by Mayor Luis Guillermo Benítez Torres, even though he is a pharmacobiologist by profession, he said.

Ocampo Peraza indicated that the second priority that the new director of Ecology will have will be to make functional the integration of the Sustainable Development Council, provided by law, because of the importance of its participation in the planning of the city.

And the third, to achieve close coordination between the Municipal Planning Institute and the municipal government, since in the next period it will have greater economic possibilities and to do many things for the good of the city. 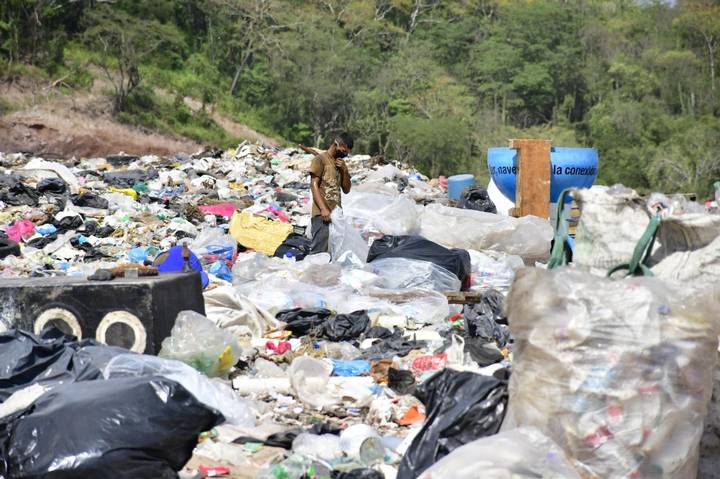 He clarified that all this will not be possible if Chemist Benitez and the administration he presides over do not open up to society, so it is hoped that there will be greater sensitivity to the problem and to citizen proposals.

“Let’s hope that the Chemist and the administration that continues will be more sensitive, more open, as the president of Mexico, Andrés Manuel López Obrador, says, listen to the people, that’s what we expect from Guillermo Benitez,” Aimed.

In 2020, the municipal dump of Mazatlan was at 98% of its capacity, it is estimated that at any time there will be no space to deposit municipal solid waste.

During the administrative period that is about to end, aldermen analyzed 4 proposals for a solution to the dump3 with Waste to Energy technology and the fourth, has to do with a landfill, but there was no agreement.

The fundamental premises that are taken into account in the analysis of the proposals is that the garbage can be solved, its closure and follow-up, that an agreement is reached with the union and that the garbage is given a definitive destination.

In the event that they decide on the landfill, the Cabildo must consider the purchase of a piece of land and the investment to build a pretreatment plant, another treatment plant and a power generation plant, requirements required by the official standard of Semarnat, for this type of projects.

The landfill as an option to replace the municipal dump is feasible for Mazatlan, if a comprehensive recycling program is carried out, where plastics, cardboard, paper, aluminum and even organic waste are used, said the member of the Ecological Council of Mazatlan, Mario Astorga.

He said that rather than thinking about a treatment plant that would put the municipality’s finances at risk, you can acquire a space or land for a landfill, which would be less expensive if the solid waste generated by the city is reused.

“Right now there is a serious problem because more spaces are required for a landfill, all the waste can be used, simply when it is divided; there is a slogan that is handled, ‘divided is not garbage’, if we divide plastics, aluminum, cardboard, paper and it is left in cellars, and at the time of the dump can arrive more than organic waste”, Expressed.

He even commented that organic waste can also be used if composted.

He indicated that it is the Directorate of Ecology and Environment that must promote a massive recycling campaign and implement projects to use solid waste in the dump.

604 tons of garbage on average daily generates the city of Mazatlan.

300 trash pickers operate in the municipal dump of the port.

To realize this proposal, the Cabildo must consider the purchase of a piece of land and the investment to build a pretreatment plant, another treatment plant and a power generation plant, requirements required by the official standard of Semarnat, for this type of projects.