The City Council began the work prior to the rains, with an investment amounting to 90 thousand pesos

Mazatlan, Sinaloa. – Prior to the rainy season, the Mazatlan City Council carried out permanent pothole works in streets and avenues of the city, in which between 20 and 30 cubic meters of asphalt cement were placed per week, with an investment of 60 to 90 thousand pesos, reported the director of Public Works, Daniel Tirado Zamudio.

He said that the work will continue during the rains with less intensity, but it will be reinforced once the season ends, since, the asphalt does not take much with the water.

“In the rainy season we will depend on the weather because with water the asphalt does not get along well, we do try to do it, as much work and as many days as possible, but on rainy days we will definitely not be able to do that” Expressed.

He said that the Directorate of Public Works, has an annual goal of applying one thousand cubic meters of asphalt cement in potholes of streets and avenues of the city during 2021, which represents an investment of 3 million pesos, since each cubic meter costs about 3 thousand pesos.

“It’s a thousand cubic meters of asphalt cement, it’s the average volume we do per year, and per month it’s in proportion, all year round we’re working on the issue of potholes,” Aimed.

He commented that last week work was done on potholes with asphalt cement in sections of Juan Pablo II Avenue, and work is about to be done on the arrangement of a slope that formed on the Tiros Cuates stream bridge on Canseco Avenue.

“All year we are working on the issue of potholes, we have been working last week and in this one on Juan Pablo II Avenue, and right now we have pending or we want to fix a slope that was formed in the bridge of the Tiros Cuates stream, in the Canseco street avenue, there is a very strong jump that we already bring in the program, before an accident happens”, Aimed. 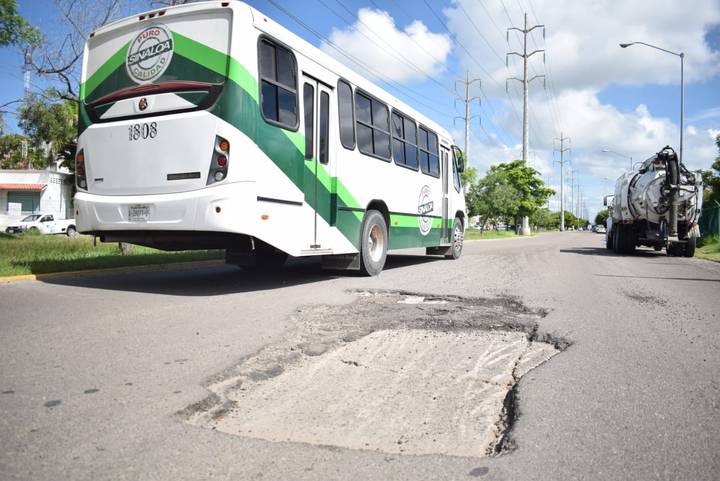 He indicated that, during the rains, the most damaged sections of the rains will be fixed, but once the season ends, the pothole actions will be reinforced.