The PRI deputy assures that the Morenistas are confused when making statements that the signed contract is illegal, on the contrary, he said that it does not violate any legal norm

Sinaloa.- Faced with the allegations of the Morena parliamentary group that the contract signed for the use of the new soccer state of Mazatlán between the state government and the Atlético Morelia company is illegal, the coordinator of the PRI parliamentary group, He assured that it is completely legal and does not violate any legal norm.

“The deputies of Morena lie, they seek to confuse society and strike politically, when they question the legality of the contract signed for the use of the new soccer stadium in Mazatlán. It is incredible that some deputies of Morena, including its coordinator, continue to demonstrate their total ignorance and ignorance of the legal order, “he said. 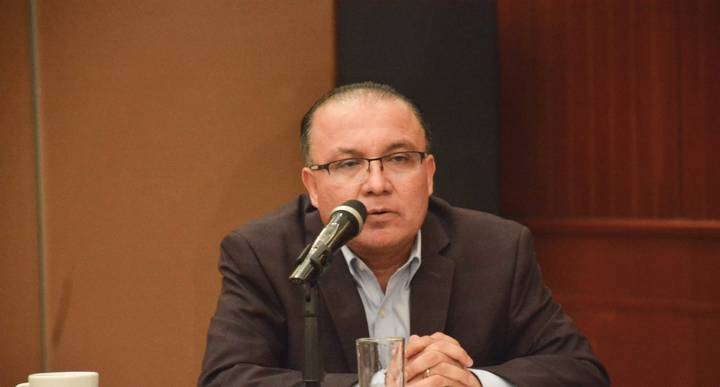 The deputy Sergio Jacobo Gutiérrez insisted that the morenistas have a terrible confusion, since they speak of sale and concession of the stadium, when in reality the contract signed in none of its clauses establishes the sale of said property, because it is not about the sale, assignment or exchange.

Sergio Jacobo said that it is a lightness with which the deputies of Morena declare that the stadium is being given away to individuals, when in fact, according to the terms of the contract, the State Government preserves the property and domain of the property.

“I want to ask the deputies of Morena, and its coordinator, to be responsible and serious in what they say, not to talk just to talk, to inform themselves properly, because the stadium is already registered in the inventory of their own assets of the state administration ”, he pointed out.

Jacobo Gutiérrez stressed that the signing of this contract at no time violates the powers of the legislature, since as it is not the sale of a property, the approval of the State Congress is not required.

“It is very unfortunate that some deputies do not understand that there is a division of powers, that there are powers that the constitution and the laws grant to the executive, and that they continue to be determined to want to govern from Congress and dictate to the governor what he has to do, and all because of an unhealthy obsession with political pounding against the state executive , ”he said.

He insisted that the coordinator of Morena and some deputies of this legislative fraction are flatly wrong when speaking of a violation of the Law on State Property and Municipalities, since a stadium is not an asset intended for a public service.

“Assets destined for public service are clearly defined in the aforementioned Law and there are included the buildings that are the headquarters of the powers and public offices, schools, libraries, scientific institutions, museums, prisons, military constructions, among others, but stadiums are not expressly considered as goods intended for public service ”, he clarified.

Cruise ships announce dates for Mazatlan in their promotional packages

98 Coast Av. opens a new establishment in the north of Mexico