Five Wrong Beliefs You Have About Mexico

There are very few data points that can change your understanding of a place more profoundly than actually living there and seeing for yourself.

That’s how it was with my wife and me before we embarked on our eight-month road trip through Mexico and subsequently living here for almost two years afterward.

We had the wrong idea about so many things that I am constantly reminded of that great quote by Mark Twain, himself an enthusiastic traveler: “It ain’t what you don’t know that gets you into trouble. It’s what you know for sure that just ain’t so.”

And it’s not like there are no consequences for our wrong beliefs about Mexico. Mexico is a geographically huge country with more than 125 million inhabitants, right next door.  As a country, we make political choices, and on a human level, wouldn’t it be good to know the truth?

A few weeks into our road trip, concurrent with my personal and ever-increasing “eye-opening” into the realities of Mexico, we ran into a group of American vacationers having a great time in a small, spectacularly beautiful fishing village in Baja California. They were fishing and enjoying the food and the lifestyle for about a quarter of what such a vacation would cost in the US and had been coming down to approximately the same place and enjoying themselves in approximately the same way for more than ten years. Yet, about half of their family and friends refused to join them because they believed it would be terrible, for all sorts of inaccurate reasons.

It was then that it dawned on me that there are two groups of people in the world:

1) those who know the truth about Mexico, who was in “The Club”; and,

2) those who labored under false conceptions, who were not.

Those in The Club, including these vacationers, were having a great time, while those outside the Club were not. The only difference was their knowledge. With this article, after another quote by Mark Twain, I will give you the knowledge to join The Club, if you choose to.

Mark Twain: “Travel is fatal to prejudice, bigotry, and narrow-mindedness, and many of our people need it sorely on these accounts. Broad, wholesome, charitable views of men and things cannot be acquired by vegetating in one little corner of the earth all one’s lifetime.”

In the past, the superior health care in the US compared with places like Mexico was one very good reason never to move to Mexico.  This reality is now completely reversed.  In recent years, for most US citizens, health care costs have risen dramatically, access has been reduced, and the quality has suffered.  In Mexico, for expats, costs were always low, and access was always great, which leaves us to discuss quality.

From personal experience and after speaking with literally hundreds of expats and having conducted a research study on expats’ view on the health care they receive in Mexico, I can report that in the vast majority of cases, expats report not equal, but better health care quality in Mexico than in the US.  Very well-trained doctors (many of whom studied in the US and speak English) use the most up-to-date equipment and techniques, will routinely spend an hour with you, give you their cell phone number and make house calls, all for a $30 out-of-pocket / no insurance office visit.  On a personal level, my health insurance premium was reduced from over $1,200 per month in the US to around $225 per month here for much better insurance, and I’m thrilled with the care we receive.

It would be easy to believe, just like the friends and family of those repeat vacationers to Baja, that you should be afraid for your personal safety in Mexico.  Before embarking on our road trip, we were warned by very well-meaning and (as it turned out) very misinformed friends not to do it for this same reason.

They were all wrong.

Author’s wife with an expat in Ajijic, Mexico CHUCK BOLOTIN

Of course, there is very bad drug cartel-related violence in Mexico and there are places in cities it would be very unwise to visit, but isn’t this the case in the US as well?  Personally, I don’t get involved in drug dealing or drug use and I don’t walk down dark allies of large cities at 2 AM, so this violence doesn’t affect me.

Here in the well-known expat destination of Ajijic, on Lake Chapala, we have many hundreds (maybe many thousands) of senior citizen single women walking around by themselves, with no concerns at all.  I know.  I see them all the time.  (They’re in The Club.)

Never once in our two-plus years of traveling through and living in Mexico have we ever felt concerned for our personal safety. Not once.

Having grown up in Los Angeles, enjoying Cheech and Chong movies and getting a good laugh at the “low riders” we used to see cruising Van Nuys Boulevard, I had no reason to believe that all Mexicans weren’t like these.

I was very wrong.

But most of Mexico is not on the border and most of the population of Mexico lives well south of the border.  Culturally, there is a world of difference. The Mexicans we have come into contact with are so unaggressive and non-threatening that the average American is pushy by comparison.  They are also more traditional, very family-oriented, and very friendly, open, and welcoming.  Any Spanish you try, regardless of how mangled, is almost always met with a happy, gracious response.  It’s easy to enjoy being around the Mexican people.

The writer with new friends he met in Baja CaliforniaCHUCK BOLOTIN

The Mexicans here where we live in the Mexican Highlands don’t even look like what most Americans expect.  For the first few months I was here, if I thought someone was an English-speaker, I would say “Good morning” instead of “Buenos Dias.”  More often than not, I was wrong—that blue-eyed, light-skinned woman I just wished a good day was a native-born Mexican.

Welcome to the real world.

Like most Americans, my experience with Mexico prior to the last few years we actually lived here consisted of short trips across the border, cruise stops and one-week visits to the more common beach vacation places.  As such, it would be easy to just assume that Mexico was continually hot and that most of the important places were near the beach.

Not even close to correct.

Almost all of the places we most associate with Mexico (Cabo San Lucas, Puerto Vallarta, Cancun) barely even existed 40 years ago and even today, hold a small portion of the overall Mexican population.

With all this elevation comes cooler climates than at sea level.  For example, we live near Ajijic, which also has the advantage of being on the largest lake in Mexico, which further moderates the temperatures.  Here, the average high/low in Fahrenheit August is 79 / 61, in December is 73 / 54 and in April is 84 / 59.

The weather in the Mexican Highlands (i.e., most of Mexico) is actually great and quite moderate.

The Cost of Living

I left this one for last because many Americans would already think that Mexico has a low cost of living.  However, the extent of the difference doesn’t really dawn on you until you live it away from the major tourist traps.

I’ve already mentioned health care costs, which, for the same or better quality, are about a quarter of what a typical American would pay. Dental care is the same, in ultra-modern facilities.  If you live in the Highlands like we do, you don’t really need air conditioning or heating, so we don’t have it and subsequently, don’t pay a dime for it.  Water is provided free of charge to us as part of our homeowners’ fees, which are about $100 per month for water, trash pick-up, access to tennis courts and pool, and security.  Property tax is about $200 per year (that’s right; per year) for a 3,000 square foot home.  Going out to dinner would cost you about 60% less than if you were in the US, and you can have your house cleaned and garden worked for the equivalent of about $3 per hour.

That’s even lower than I had dared to imagine… and a nice surprise. 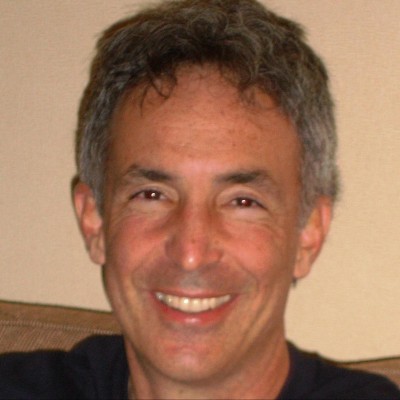 I relate the experiences of my wife, dogs, and me living abroad.

I created BestPlacesInTheWorldToRetire.com because I couldn’t find what I wanted—credible information from a diverse group of knowledgeable people about retiring abroad. Several years later, our site has more than 600 contributors, 10,000 answers, 300 stories, two eBooks and six research studies, all about life abroad. In 2016, my wife and I decided to try living abroad ourselves; selling, giving away, or putting into storage anything that wouldn’t fit into a large, white van, in which we and our two dogs toured the best-known expat areas in Mexico, staying in vacation homes along the way, all while knowing very little Spanish. More recently, I created Best Mexico Movers. It is from this background and perspective that I write for you about life and retirement abroad. I hope you enjoy it.