The Strategic Communication Cabinet presented the results of the study “Most Livable Cities of Mexico 2018,” in which the 76 of the country’s largest cities were analyzed for quality of life, social cohesion, leadership quality and public satisfaction with services.

Mazatlan Ranked 4th as the most livable city in Mexico

The most livable cities in Mexico are in the north, 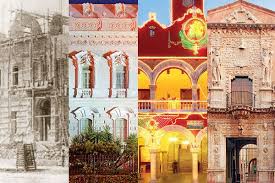 The lowest-scoring cities are:

The complete document is available for consultation at www.gabinete.mx