Visitors who arrive at the port are satisfied with what is experienced in the city during the holiday season.

Mazatlan, Sinaloa.- During this summer vacation season, visitors who arrive in Mazatlan have been delighted by everything that the port offers them, from the tourist attractions to its gastronomy.

Ana, a tourist from Querétaro, mentioned that she really wanted to get to know Mazatlán, because of everything she had seen on the internet, but especially, her intention was to go up to the Lighthouse.

It is during the weekend when the influx of tourists through the Malecón, the beaches, the Historic Center, and the Golden Zone, among other places, is most noticeable.

“We are from Mazatlan, but it’s been a while since we went to live in Sonora, and since the port deserves 5 stars, I don’t think the people who come don’t like it here, it’s changed a lot ,” mentioned Carmen, who is here for a few days visiting the city. 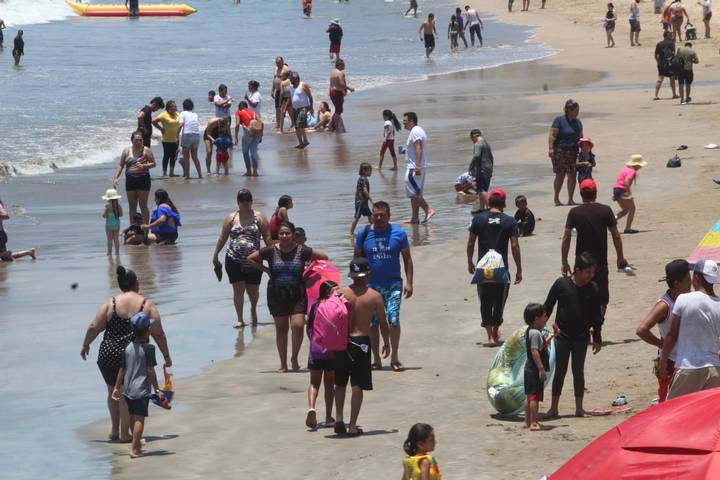 Visitors say that Mazatlan is the ideal place to vacation.

Jorge and Lucía, a young couple who are visiting the port for the first time, from Mexico City, assured that, in addition to going on a catamaran, they wanted to eat in front of the sea, so it was the first thing they did in a restaurant located over the bay of Mazatlan.

“To know, I think that we want to know everything that the city has, but we really wanted to eat here in the port, facing the sea, the taste of the seafood is different from that of the City of Mexico,” said the young woman.

The beach, the Malecón, the monuments such as the Bichis Monkeys, the Mazatleca Woman, the letters of Mazatlán, Olas Altas, are the places that have most caught their attention.

“The truth is, coming here from Mexico City, yes, it’s far, but it doesn’t matter, we want to eat seafood and here you are on the beach, people are very happy, it’s very different here than in other places,” said Esteban, originally from Mexico City.

During these summer vacations (July and August), the hotel sector in Mazatlan estimates to have an occupancy of 100 percent in the lodging rooms during the weekends.

In the city, there are 13 thousand hotel rooms, including vacation rentals.