Unlike on Saturday, this Sunday there were no major incidents and vaccination progressed rapidly; even Mayor Luis Guillermo Benítez came to supervise the work

The line was similar, the wait was less long, the purpose the same, waiting for patients and optimists to receive the dose of the preventive vaccine for the COVID-19 virus, people of all ages were trained for several hours.

Those interested began to arrive from the early hours of Sunday, the society captured from 3:00 in the morning how the human chain began to form, there were those who camped in the place to be among the first despite the fact that people from the Municipal Police tried to remove them.

By not being able to agree on whether to start by the last name or by the order of the line, respecting those who already had hours waiting

Given the great demand of people in Mazatlán who had not applied the first dose against Covid-19 yesterday Saturday, the vaccination day for ” laggards ” was extended this Sunday, August 15.

Yesterday Saturday the macro vaccination center, the UAS Sports Center, looked full and with kilometric lines, and despite the fact that many people waited for more than eight hours to apply the dose and in the end, they did not reach it, no shifts were granted for this Sunday so that many chose to stay to sleep outside the sports center. 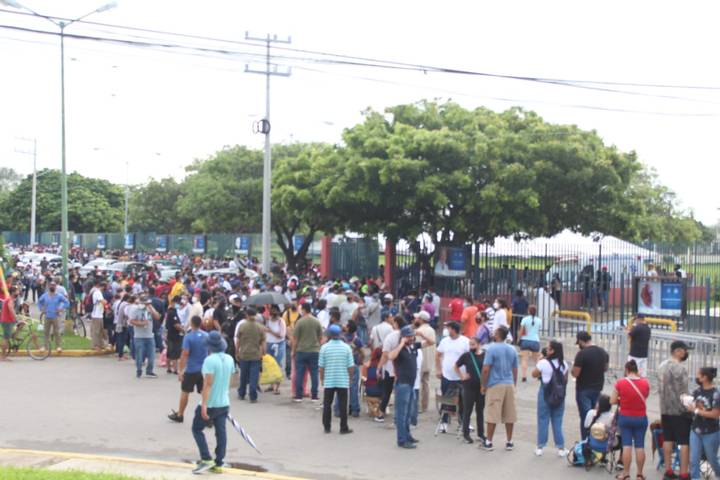 José, waiting his turn under the pedestrian bridge of the high school on Avenida Ejército Mexicano, said that at the time he did not apply the vaccine because he was sick and now more than anything he does it out of obligation, since in his work they are demanding the certificate.

“We arrived at 2:30 in the morning, we came yesterday as well but we did not reach, we lined up from one in the afternoon to six. There are more points because all these people will not reach, the same thing will happen as yesterday, ” he said.

Although he got up early, César expressed having been late, because at 4:00 in the morning he arrived, he played in front of the Sahop sports unit, there were already hundreds of people ahead of him. 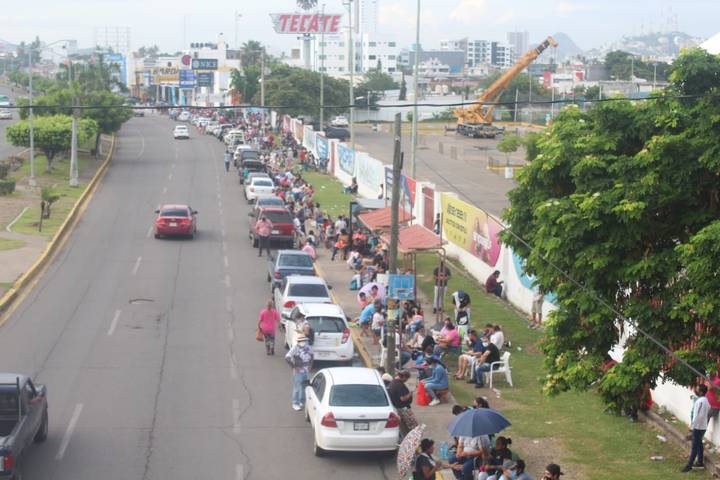 The line, which began at the entrance to the sports center, went around the block and continued to spiral down Avenida De Los Deportes.

Before 9:00 a.m. scheduled to start, hundreds of people gathered there at the entrance. A few minutes later one of the managers came out to warn them that if they relaxed, got out of control, or hit them, they would suspend the day.

Then he added that to respect the time of the people who had already been in line for hours, they would leave in that order and not by surnames as had been said at the beginning, apparently, everyone agreed and between shouts and noise, almost everyone went to their places.

“It happened that it was for letters, but right now the manager spoke that they are going to do it by row, many people who arrived late came to the beginning because of their surname, but they (those who arrived first) were not going to allow it because they had been there since yesterday They slept here or got up early, I arrived at 5:00 in the morning, “said Jaime. 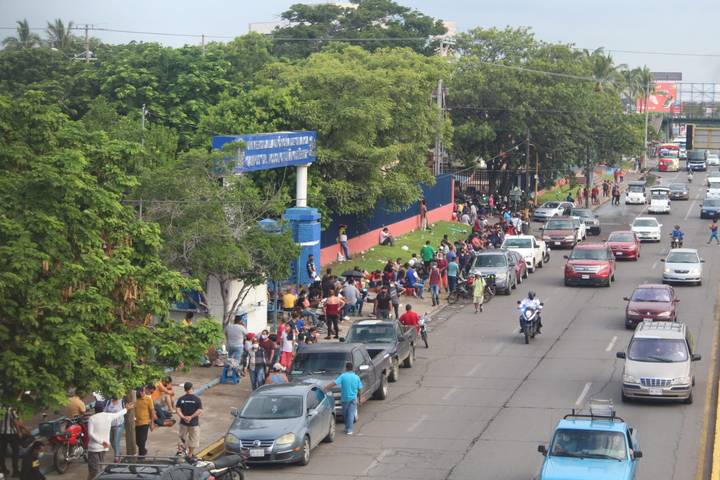 People with disabilities and older adults continued to approach to ask for their preferences.

Among the talk of the people, it was heard saying that today it was worse than yesterday, that people were organizing themselves as best they could because there was no competent authority to organize them and in the distance the shouts of “row, row!” Could be heard. Well, apparently there was one or another who wanted to advance their turn.

To avoid congestion in the streets, some nearby roads were closed to road traffic; many people who came in their car parked their units in a yellow line, on the sidewalk and even on the ridges.