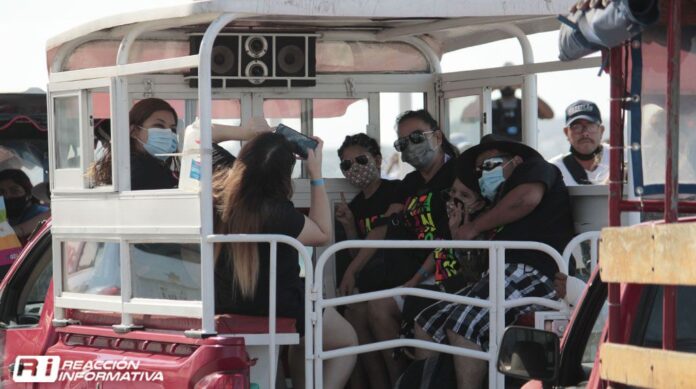 Pérez Barros mentioned that the occupancy has been varying, arriving without a reservation or canceling at the last minute, so the occupancy would be varying between 65 percent and 80 percent.

Mazatlán, Sinaloa.- With a preliminary economic spill of 780 million pesos, the Secretary of Tourism of Sinaloa, Oscar Pérez Barros, reported that during the Easter period, Mazatlán will enjoy a hotel occupancy of up to 80 per maximum cent.

Having identified the new tourism mechanics that visitors carry out as they pass through Mazatlán, Pérez Barros mentioned that the occupancy has been varying, arriving without a reservation or canceling at the last minute, so the occupancy would be varying between 65 percent up to 80 percent.

“The reports and estimates that we have for Easter is that there will be mobility in the State and especially with the announcement that Sinaloa continues with a yellow traffic light. At the state level, we are estimating that occupations will reach an average 67 percent, especially in sun and beach destinations, but we also have reports of reservations in the magical towns, ”said the secretary.

“One day before the tourist arrives or cancels or they arrive without a reservation, then the occupancy can vary a little or a lot,” he added.

Likewise, he reported that the spill at the State level will be 780 million, an amount that will correspond to 78 percent of Mazatlán, that is, 615 million.

“In the case of Mazatlan, the average reservations in the destination will be around 65 percent, however we expect occupations to reach 80 percent on average … The preliminary expected economic spill is around 780 million pesos throughout the country. State and around 615 million in Mazatlán ”, he confirmed.