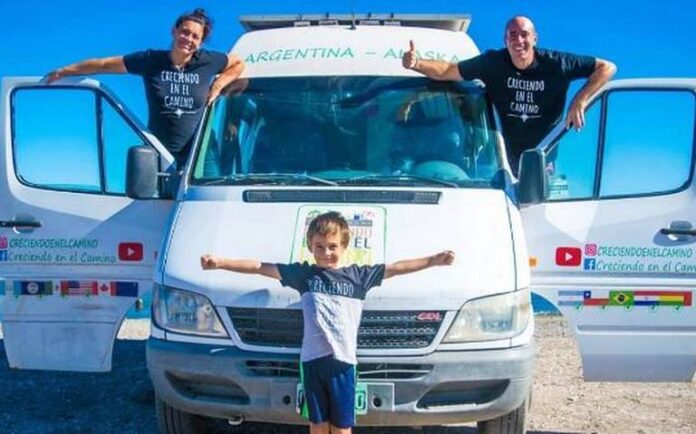 They left Argentina in 2015 and since then they have traveled 80 thousand kilometers in 16 countries, their goal is to reach Alaska, United States

Mazatlán, Sin.- United by the same passion to travel and with no other motivation than to fulfill their dreams, Diego and Jorgelina, together with their little son Tomás, undertook the adventure of their lives: to travel the American continent from end to end. aboard a “motor home” , to unite the south and the north, from Ushuaia, Argentina, to Alaska, in the United States. 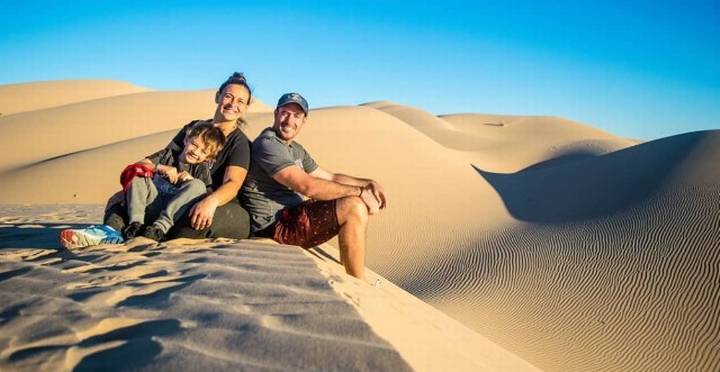 They only hope that the Covid-19 allows them to pass to the United States to continue the journey.

Originally from the city of El Rosario, in the South American country, they planned the trip for years, until one day they made the decision to get out of the routine to venture out, convinced that there is only one life, and “you have to live it.”

They have been together for 15 years and their passion for travel has always been; However, with work and the little time they had available, they saw impossible the way to spend more time with the family and to go out to explore the world.

“It happened to us that a very close relative passed away very unexpectedly and there we realized that everything material that one achieves in life stays, and sometimes we focus only on that and we do not realize that life is passing by. We reconsidered and realized that we were not being happy, that this was not the life we ​​wanted for ourselves and that is why we began to look for a new path in this adventure ”.

They wanted to break with the social scheme that they had been taught since childhood: “study, work, get married, retire and die”, although at first, it was difficult for their loved ones to understand.

Their little son was just one year and two months old when they started the route, now they are about to turn five and a half years on the road. 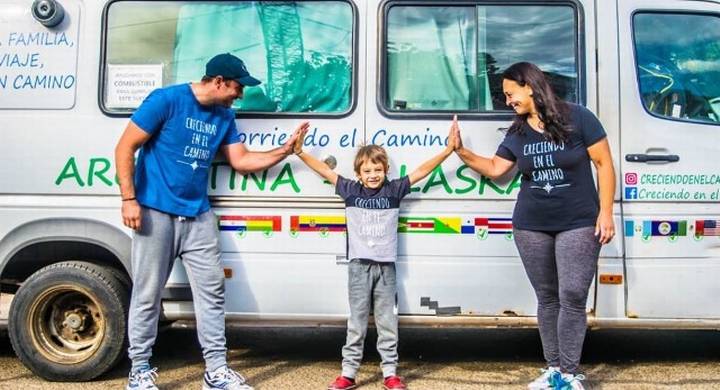 Growing up on the road

“He (Tomás) is the one who takes it the best, today he is doing his school at a distance, it was a point that worried us when leaving, we did not want him to stop having his formal schooling. Fortunately in Argentina, we have a distance education system that allows us to continue traveling and for him to study ”.

They have already traveled to 16 countries, more than 80 thousand kilometers; Two years ago they arrived in Mexico through Quintana Roo and they have been in the Mazatlan port for a month.

The cultural exchange has been from gastronomy to the way of speaking; They emphasize that the best experience is to go out to discover and meet people, in addition to visiting the emblematic sites of each place they arrive.

Their lifestyle is a little different now, but they wouldn’t trade it for anything in the world; they have had to adapt to living in a “motor home”, their new motor home, one of the things that most generate amazement and curiosity among those who know their history. 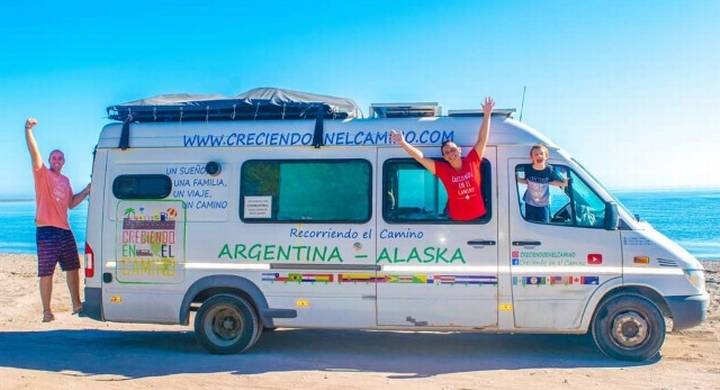 “You have to adapt and get used to many things, this truck was totally made by Diego on the inside, without knowing, because it was not something he was dedicated to or anything like that, today we have a small ‘mobile home’ with all the amenities, kitchen, bedroom, bathroom, the same but in small dimensions; you have to adapt, but it is worth it if you really like what you are doing ”.

They pay for their trip making typical Argentine food and also handicrafts, purses, bracelets and handbags, which they sell.

“What we do most are alfajores, they are a typical sweet of our country, we make them filled with dulce de leche and bathed in chocolate, we have also made varieties of cakes.”

The coronavirus pandemic has also impacted on their trip, more than a year ago they had planned to cross the border to the United States, just when it was closed due to the health contingency, so they had to wait. 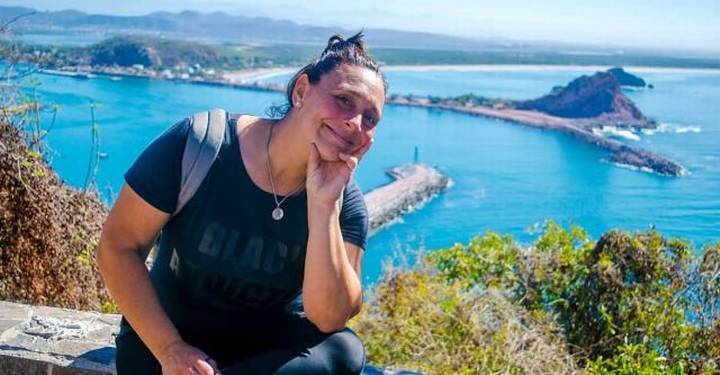 “When the pandemic began, we were about to cross into the United States, we were in Tijuana, the border closed and from that moment we are waiting for it to open so we can continue north. And the economic part also complicated us, we are financing ourselves with handicrafts, selling food and precisely with the pandemic it was what could not be done because one depended on people getting together ”.

As a result of social confinement, they had to reinvent themselves, they opened their own YouTube channel, where they tell every day all their adventure through social networks on their page “Growing on the road.”

“We had the idea of ​​traveling for a year and a half, we have been there for five, so we have no idea when we are going to arrive, we want to go slowly, slowly, the purpose is to arrive this year, but with the border closed we hope it will be next” .

Upon arrival in Alaska. The first thing they plan to do is celebrate their achievement, tour the place, then go to Canada and experience an extreme winter, then tour the west coast of the United States.

There, once in the southern part, we will see if we return to Argentina or why not, cross the pond and continue traveling through the old continent.

Discovering each destination and living it from the inside, in the background of each city or town they arrive at is their purpose; Durango, Zacatecas, and Guadalajara will be the next destinations in Mexico.

“We like to leave a message, let them go for their dreams, what better way than to look for it and not stay there waiting for that magical moment to come, they are the things that really brighten life and there is only one to live it and it passes quickly, so no There’s time”.