Sinaloa is the state that among other things is known because the best-known drug traffickers were born here, it is said that it is the most fertile land to harvest marijuana, however, the consumption of this drug is the one that is least known used in the state.

According to consumers and centers that treat these addictions, the drug is known as “crystal” is the most consumed the young people today and has shifted the preference from marijuana and cocaine.

The State Commissioner for the Prevention and Treatment of Addictions, Hugo Valdés Santillán, points out that 80 percent of addicts who enter a rehabilitation center in Sinaloa are for consuming methamphetamine, better known as crystal, six percent for alcohol, and only 5 percent for using marijuana.

The Congress of the Union in recent days approved the consumption and trade of marijuana in Mexico where it can be carried up to 28 grams and the production process will be supervised, from planting to harvest, and permits will be given to create associations or consumer clubs. The associations will have between two and 20 members over 18 years of age, with a maximum of four plants per member and less than 50 marijuana plants per group.

However, in Sinaloa, none of these cases will work. According to young people interviewed who are now on the way to recovery, only two continue to consume the crystal, and “no” that they seek help.

FROM ADDICT TO SELLER

Marcos is a young man who left his studies to get involved in consumption and then started selling only to his acquaintances.

“The glass is more” cheap “ and the effects are to all mother, that’s why the batos prefer it. One gram can last you up to three days, “he says 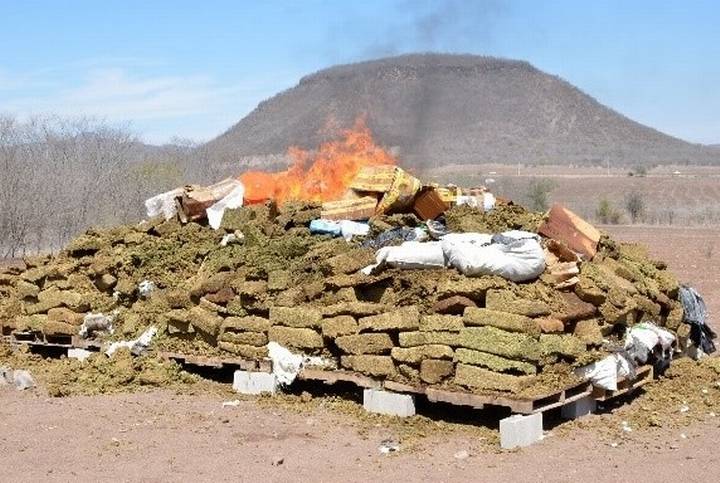 Although he did not know that now marijuana can be carried only for consumption -28 grams-, he points out that both he and his “friends” would not even consume it because it is very expensive and does not give the effects of crystal.

Nel … it is very expensive, a churro costs you more than 50 pesos, and a gram of glass if you haggle it will cost you a hundred pesos and it lasts for several trips.

He assured that the 28 grams of marijuana that will be allowed cost more than 800 pesos and that few could buy them.

Now the speck, only the older generation consume them, the ones who brought that sling, few like crystal, just the screwed up merchandise … Now you buy an eight and fly

In the La Amistad neighborhood, Marcos, sitting in an old wooden chair, recounts part of his life full of setbacks and problems.

From the age of 9, he went with his family to live in that neighborhood. At the age of 13, he entered jail for consuming drugs. When he got out of there, he continued smoking marijuana and seeking stronger sensations. In that process, he reached the crystal.

“To supply myself I had to steal, sell because the pot was very expensive. I was getting wrapped up in those little outings to get back on track. Initially, it was in the homes of acquaintances. Alcohol and marijuana were already involved. Then came the crystal,

its cheap, ”he said.

Marcos, who has a huge scar on his neck, assures that he feels good in his “wave”, that he will not consume marijuana, because of the cost “and because it damages your brain and leaves you screwed that it is no longer useful for anything…”, he says.

-And the crystal not?

-Nel … I have investigated the damage to the glass and they say they are minor things.

-Apart from addiction, don’t you have any disease that has caused you to use drugs?

-Do not. Well a year ago, I got an infection on my neck, like my meat was falling off. Lately one leg is numb, I can hardly walk, also recently my mother says that I am distracted because I do not bring her the things she asks for because I forget, but she forgets more things, what I do have is that sometimes my apa appears to me and scolds me, well, I have also noticed that I am very tanned … but I am very well.

Mateo, a 14-year-old teenager, is trying to quit drugs, says that he feels very calm, that he has been “clean” for two months and that he will fight not to relapse.

He explains that marijuana has only ever heard that it is a drug, but that he never tried it, his vice is glass.

“A friend who worked at the supermarket where he worked as a packager, he is in charge of everything being stocked and he would go out from time to time to hit the“ pipirin ”that’s how he used to say to his cigar, he invited me, but he told me that the cigar It cost me more than a hundred pesos, and yes, what I earned I used to bring food to my brothers, ”he says.

Later some friends invited him to consume the glass, it is cheaper and makes him feel very good.

He points out that he used the crystal diluted in water, he injected it because the effect is faster and more intense.

“But I didn’t know the risk I was taking. I did not tolerate the substance and the use was more compulsive, until a moment came when I could not stop and my family had to intervene, thank God I am moving forward, “he said.

According to the health sector when they are consumed, methamphetamine and crystal methamphetamine create a false sense of well-being and energy, and in this way, the person will tend to demand more from their body than they should. Therefore, drug users may experience a severe physical and mental “crash” or collapse after the effects of the drug wear off.

Seventeen transparent plastic bags were secured, the content of which was a white crystalline granular substance with the characteristics of the drug known as crystal.

Because the continued use of the drug decreases the natural feeling of hunger, users can experience extreme weight loss. Negative effects can also include sleep disturbances, hyperactivity, nausea, delusions of grandeur, increased aggressiveness, and irritability.

Only Mazatlan locals, not tourists, will be asked for proof of covid vaccination

For fear of contagion, Mazatlan beach vendors will stop activities