Progress is made in the circuit that is Zona Dorada, Avenida Del Mar, Juan Pablo II and Gabriel Leyva, to close with Gutiérrez Nájera

Mazatlán, Sinaloa.- Despite the criticism generated by the bike path in Mazatlán, the member of the Ciclotur organizing committee, Román Aguayo Hernández, celebrated the extension of the urban asset infrastructure.

He admitted that although it has generated annoyance in some sectors due to the lack of parking , it brings many benefits, however, agreements must be reached with the municipal authority so that the least possible effects are had. 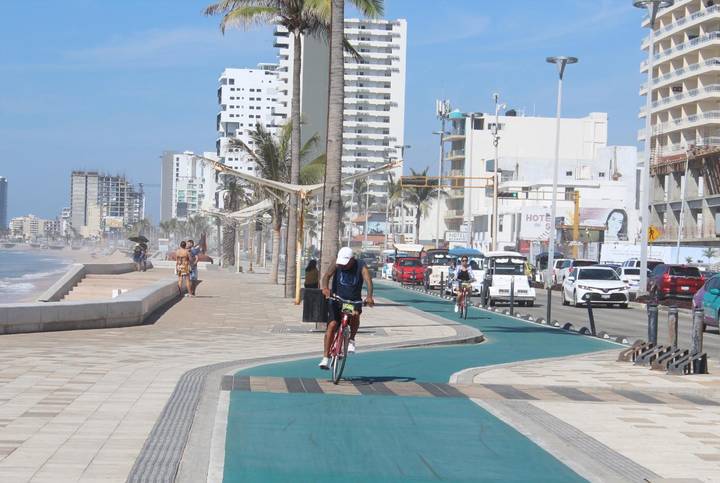 He stressed that the Malecón looks completely different and although those who are used to arriving and getting out of the vehicle to go to the restaurant, shops, or the beach are “suffering”, now they have to walk a little.

“Unfortunately we bring a culture and custom that not walking, the use of the bicycle is beneficial for health, in addition to reducing the pollution generated by vehicles,” he said.

Aguayo Hernández admitted that along with this bike lane there should be awareness so that both motorists and transporters respect the road for cyclists.

“The invitation is there, we return to the same thing, that the authority does its job, we have to become aware, each of us is responsible and use the communication channels according to the regulations,” he said.

He pointed out that this project has a long-term vision and that it is a worldwide trend since all the big cities have opted for the bicycle lane.