The highest capacity that occurs on roads of Sinaloa is from north to south.

Culiacán, Sinaloa.- It is projected that in the next week the vehicular flow  will increase significantly on the roads of Sinaloa due to the countrymen who return to Mexico for the Christmas and New Year celebrations and use the roads that cross Sinaloa to arrive to the states of Nayarit, Jalisco, Michoacán, Hidalgo, Colima, and Mexico City, among others.

Seline Vaca, operating supervisor of the toll booth on the Mazatlan-Culiacán highway located in Costa Rica, said that in recent days the vehicle pass has increased by 30 percent by the countrymen.

Motorists complained about the bad conditions of the highway since they said that it has many bumps.

Efraín López, who was heading to Guadalajara, said he found the pavement deteriorated, which is why you can not drive normally.

I feel that authorities should pay a little more attention, since they are busy dates

The father mentioned that it is dangerous that there is so much bump on the highway, although he did observe that they are working on it. 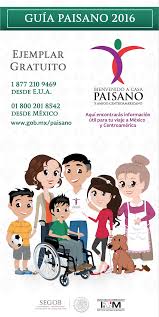 Culiacán-La Paz flight inaugurated; there will be 13 thousand new tourists for the BCS capital

UN says 3,000 homes were damaged by Pamela in Sinaloa and Durango

Pfizer vaccine will be available for purchase in Sinaloa