Mazatlan will have minimum temperatures of up to 16 degrees Celsius in the morning.

Mazatlan , Sinaloa.- The morning of the next four days will be cold in Mazatlan , up to 16 degrees Celsius, due to the presence of the Cold Front 18 , as reported by the local Meteorological Service . 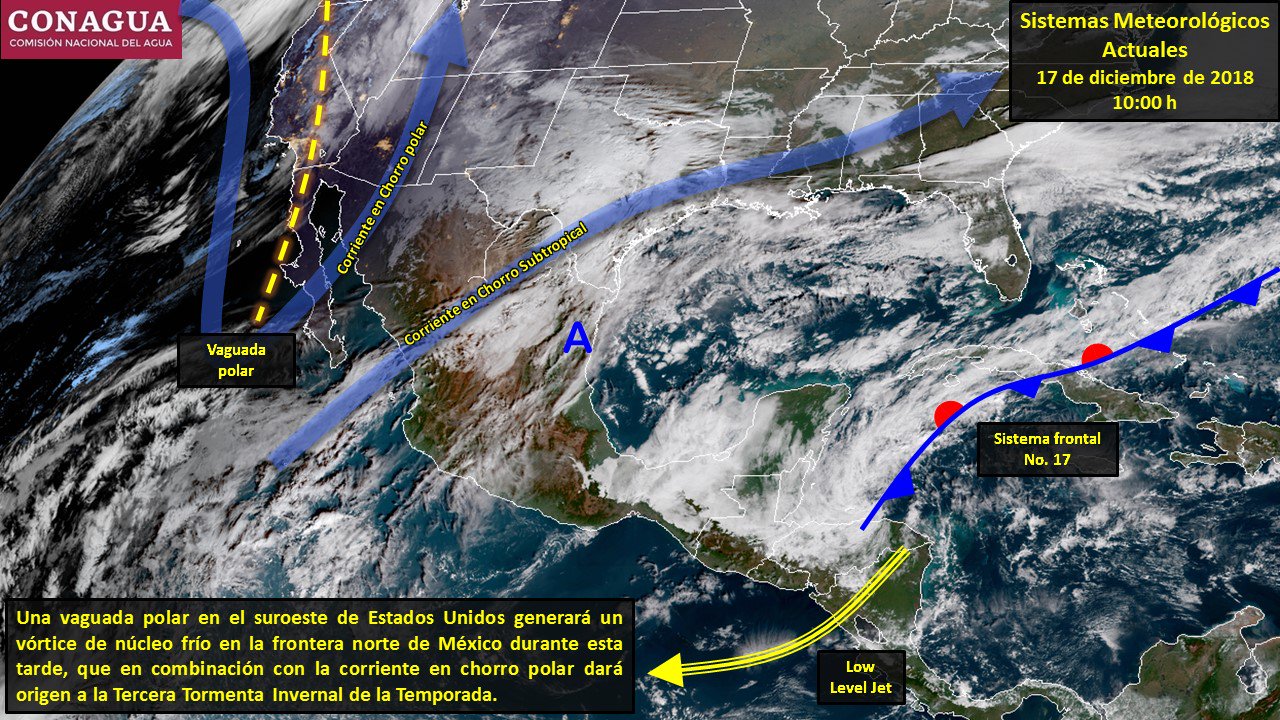 The cold front number 18 is entering the Caribbean Sea and the polar mass that drives it extends throughout most of Mexico , reported Hugo Nordalh Valdez.

The head of the Local Meteorological Service explained that in addition to this there is a cold core vortex in the north of Baja California, which will affect the northwest of the country and the jet stream, which crosses the Northeast with Moisture attraction of the Pacific to create cloudiness.

The “MZT Tourist by bicycle” program starts in Mazatlán