From today the cold front number 12 of the season will enter the country, which will cause decreases in temperatures in several states

A new cold front, number 12 of the season, will enter today through the north and northeast of the Mexican Republic and, in interaction with a strong impulse of the jet stream (trough in height), will cause the potential of short-duration storms in the northeast and east of the country, as well as potential for the fall of snow and sleet in mountain areas of Chihuahua, Durango and Coahuila.

The National Meteorological Service indicates that the system is accompanied by a polar air mass that will cause a marked decrease in temperature in the north and northeast of the territory, as well as a “northern event”, with gusts of more than 60 kilometers per hour, mainly over the coastline of Tamaulipas.

On the other hand, early this week the development of an area of instability with cyclonic potential against the coasts of the Central Mexican Pacific due to its interaction with the jet stream is expected; the system will tend to head towards the coasts of Guerrero and Michoacán, generating a strong contribution of humidity over the west, center, and northeast of the country. 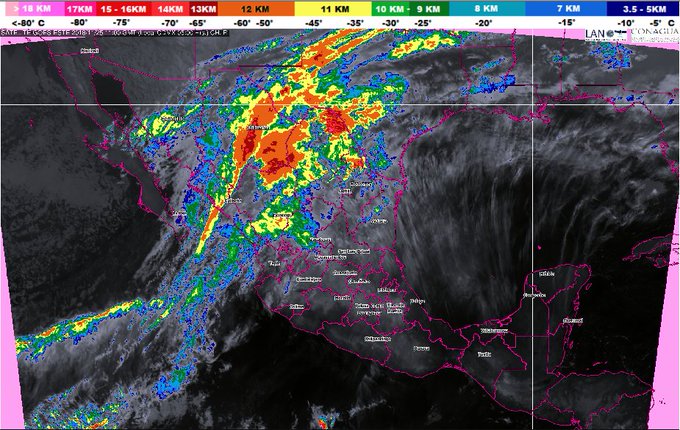 For its part, the State Agrometeorological Service predicted that during the next hours the conditions of cloudy weather will be maintained in almost all the state, even with probabilities for some drizzles to appear between the municipalities of Ahome and Choix.

A slightly cold weather is expected in the early morning since the minimum temperatures to the shelter will be located between the 10 degrees Celsius in the mountain range of the north zone until 19 in the coast of the south zone of the state.
During the day a temperate climate is expected to prevail, given that the maximum temperatures in the shade will be between 24 and 32 degrees Celsius. 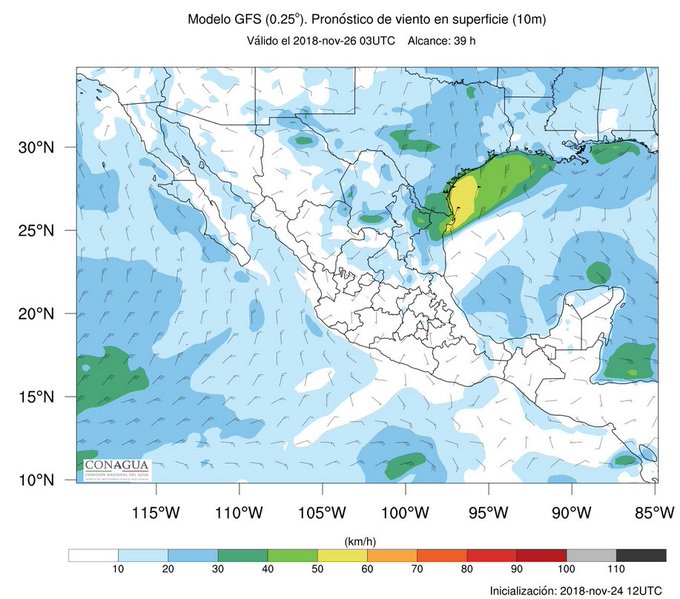 The medium-term rainfall forecast models indicate the possibility of drizzle and some light rain in Sinaloa between November 25 and 28.

Durango-Mazatlán railway would be a trigger for northern Mexico

The first mixology contest “Coctelito networking” will be held in Durango