Urban transport routes will operate until 1:00 in the morning and must charge the current fee, which is 10 pesos and 11.50 in units that have air conditioning.

Mazatlan Sinaloa-. To avoid abuses of excessive charges and also ensure the safety of public transport operators, the Delegation of Roads and Transportation in Mazatlán will carry out operations during the days of Carnival.

With the participation of 15 to 20 inspectors, who will be located at strategic points, they will be approaching the charioteers, pulmonías, and taxis to ask, both the driver and the users, what was the rate that was charged and in case it has been very high, return the excess amount to the passenger at that time.

“We are going to ask the user what the aurigas, the pulmonias or the taxis, if his charge was very high, and if it was too excessive, we will immediately proceed to return the part that was exceeded and we will make an infraction so that the driver doesn’t do it again ,” reported the slim Mario Rafael González.

He mentioned that urban transport will operate until 1:00 in the morning and must charge the current fee, which is 10 pesos and 11.50 in units that have air conditioning.

He added that compliance with health protocols will also be monitored and in the event that an operator is a repeat offender, in either of the two infractions, he may be suspended for up to 15 days of work.

“Public transport operators are being recommended not to abuse, because there will be surveillance and fines of two thousand to six thousand pesos,” he added.

He emphasized that the conditions in which passengers board the units will be verified, because due to the social environment that exists in those days, the operator’s safety must also be ensured. 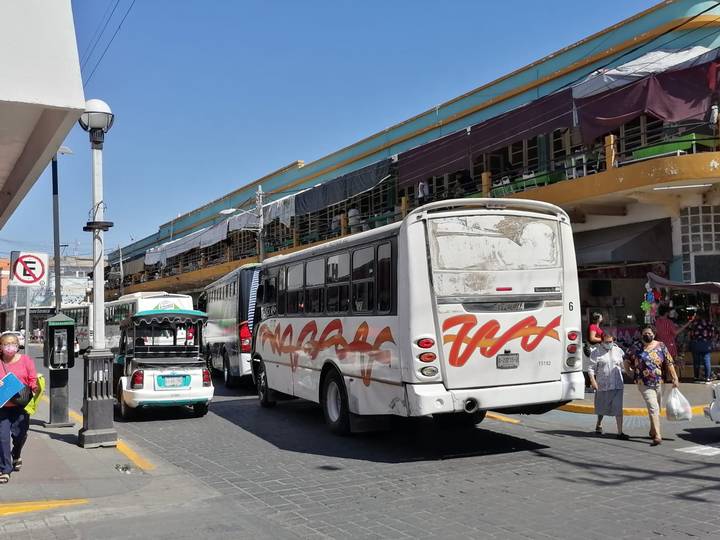 Finally, González pointed out that the anti-noise operation is maintained with the same indication, which exceeds 68 decibels will be sanctioned with a fine that can range from 8 thousand to 10 thousand pesos.