The Secretary of Health reported that there are 6,000 tests that will be carried out free of charge in various kiosks installed in the city.

Mazatlan.- As a way to prevent infections by covid-19, during the celebration of the international carnival of Mazatlan, the Ministry of Health will install kiosks to carry out free diagnostic tests, as reported by Héctor Melesio Cuen Ojeda.

The Secretary of Health in the state pointed out that the unit in his charge has 6,000 tests to perform for free.

” We are going to have kiosks where we are going to carry out free covid-19 tests, we currently have 6,000 rapid tests ready to apply at the Mazatlan carnival, ” he said.

Cuen Ojeda acknowledged that the pandemic is still active and that deaths and new cases have remained in the entity, given that, he called on citizens to continue taking care of themselves.

” The call to all people is not to go to the mass events, that’s the first thing I do to them, the second, you have to understand that we still have a high type of contagion and that the fatality rate is present; yesterday 14 people died here in Sinaloa due to covid-19, in such a way that what I can tell the citizens is to take care of themselves,” he added.

He pointed out that tomorrow the SSA will have an approach with the government of Mazatlan, to establish the carnival verifiers.

Mazatlan Carnival events will be monitored with drones

Mayor Luis Guillermo Benítez Torres announced that the company that carried out awareness-raising work in the beach area and boardwalk in the past Easter holidays was hired. 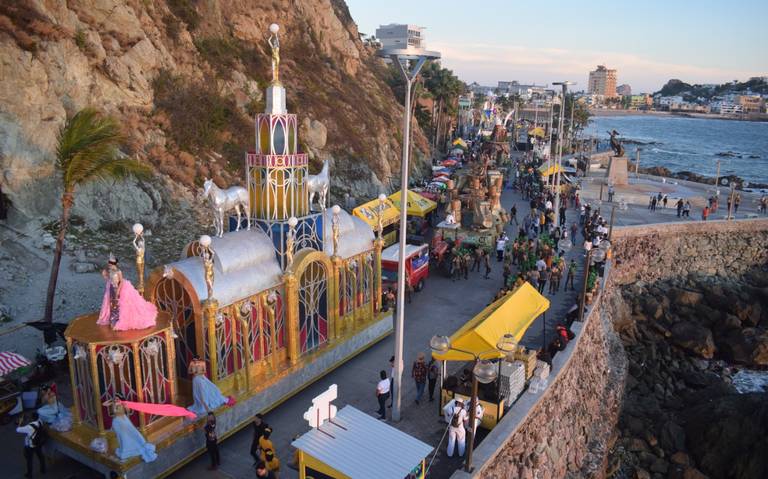 The mayor of Mazatlán, Luis Guillermo Benítez Torres, confirmed that drones will be used to monitor from the air and avoid crowds during the 2022 Carnival events.

He announced that the drone company that carried out awareness-raising work in the beach area and boardwalk in the past Easter and summer holidays was hired again so that they once again provide security from the air during the Carnival.

“ We hired a drone system to monitor the entire development, inviting people to separate and put on their face masks with loudspeakers,” he said.

He affirmed that the line of security will not be neglected during the Carnival, which will take place from February 24 to March 1.

“ Not at all, we are very concerned, we are the most concerned about the pandemic disappearing and about the health of Mazatlecos, and of course, security too, which is part of it,” he explained.

Mazatlan Carnival is the third-largest in the world