Citizens have to go down to the traffic lane to be able to continue on their way due to the rubble or heavy machinery that is in its path on the sidewalks.

Mazatlán, Sinaloa.- Although it is true that Mazatlán has become an attractive destination for real estate investors, proper planning and regulation of construction companies has been ignored or left aside.

Along the coastal strip, on Del Mar Avenue and in the surrounding settlements, where there has been mostly vertical growth, it is increasingly difficult for motorists, and especially for pedestrians, to travel on public roads.

With rubble, material or heavy machinery, the constructions invade this public space, forcing pedestrians to go down to the traffic lane in order to continue on their way and in other cases, slowing down the vehicular flow due to the maneuvers of the machinery.

” When you issue a construction license, you have to notify all the conditions, among them is that they must verify the correct disposal of their stone waste, in this case construction materials, which are evicted and that the vast majority, due to lack of a strategy correct by the City Council continue to end up in the ecosystems as landfill “, said Ángel García Contreras, a consultant specializing in Environment and Development issues.

The other, he added, is that they (constructions) should not obstruct public roads, anyone who does so and who does not have permission or authorization must be sanctioned.

And it is that if any other person obstructs the street or takes out something to sell, the Municipal Transit or Mayor’s Office arrives quickly, for which he considered that there is no equality in the application of the laws.

By ignoring the authorities of these violations of the regulations and laws, he indicated, they are showing their complicity, so to speak, since the measures that are established are not complied with; In addition, he said that he does not deal with an inspector in each work, but that with the citizen’s complaint, as has happened in several cases, it is more than enough to stop and sanction the work.

” The law, or the regulations, are of general observance, not particular, and there the privileged treatment that some builders have is clearly seen, especially in the response given by the director (of Planning), that he does not have an inspector 24 hours, it is not necessary, with establishing the conditions and that when they tell you that they do not comply, you stop the work and sanction it, until they make the payment of the corresponding fine, “he said.

García Contreras emphasized that Mazatlán needs a mobility strategy that allows vehicular venting, since the city continues to grow, vehicle capacity is increasing and the streets and avenues of the port remain the same. 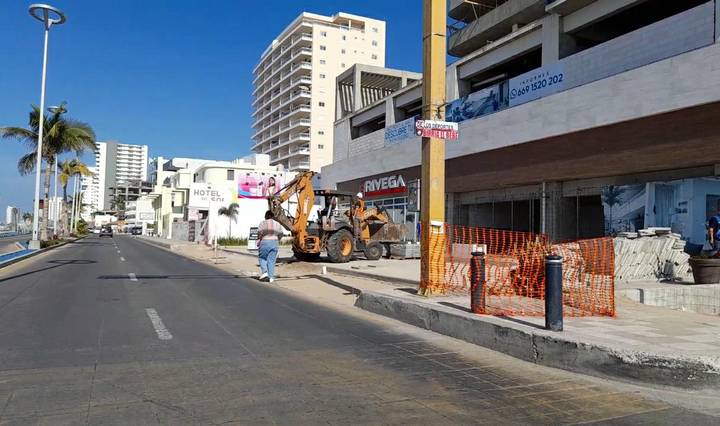 ” We have very few avenues, Mazatlan has grown in population, but the avenues have remained the same for 10 years, the increase in traffic is something that is not being foreseen in the growth of the city .”