The class-action lawsuit against noise pollution applies to all types of excessive noise, including those generated by the construction industry

Mazatlan, Sinaloa.- A class-action lawsuit against noise pollution in the port was made for all kinds of excessive noise, including bars, clubs, private parties, and construction sites, they said the residents of the subdivision Los Pinos, who now suffer from noise caused by construction companies working after hours.

” Four in the morning and they are working, machines turned on. Punta Bahía in Paseo Clausen, letter B, December 22, 2021, 6:00 in the morning, they started at four, they do not respect construction schedules, ”

The affected settlers, who requested anonymity for fear of retaliation, indicated that the municipal authority misinterpreted the demand, as they focused only on popular transportation such as pulmonias and aurigas, leaving out other sources of excessive noise.

” There is all the misinterpretation or rather the fact of hiding by the government, the class action lawsuit against noise pollution was made for all kinds of excessive noise, including traffic, pulmonias, aurigas, clubs, bars, parties, the constructions, everything enters “they indicated.

Generally, the permitted hours for construction begin at 8:00 in the morning; some of the tools used in construction can reach up to 125 dB.

“They did not understand that the demand is made against the government to apply the law, because it says that it should not exceed 55 decibels, and they (the government) just focus and blame the charioteers and pneumonia, ” they added.

It is worth mentioning that the World Health Organization defines as noise any sound greater than 65 decibels (dB) becomes harmful if it exceeds 75 and painful after 120. It recommends not exceeding 65 decibels during the day and to have a restful sleep, the noise of the night environment should not exceed 30 dB.

At the same time, but in industrial zones, it is 68 and 65 decibels, respectively, and in ceremonies, festivals, and entertainment events, for a limit of four hours, the maximum is 100 dB. 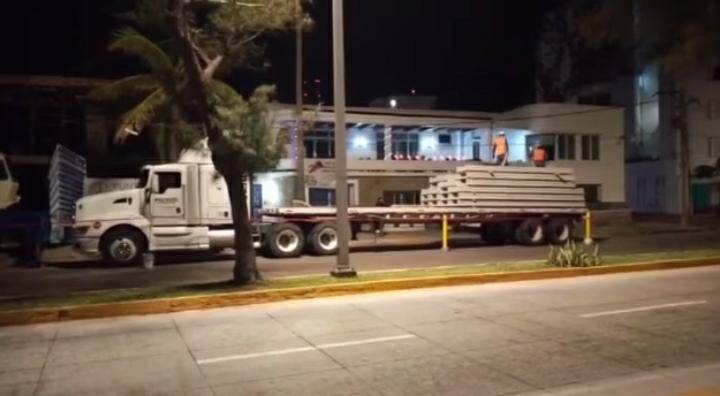 ” It is urgent, we want to shake this government that does not supervise and does not apply the law, ” they added.