The city cannot be the political booty of those who want to seize it, the mayor warned before hundreds of supporters who sheltered him

Mazatlán, Sinaloa.- ” The city cannot be the political booty of those who seek to take over this city, ” warned Mayor Luis Guillermo Benítez Torres, when participating in the demonstration of support organized by Morena supporters on the esplanade of the Municipal Palace, where announced their intentions to want to remove him from the government.

As he took the microphone, surrounded by morena sympathizers, he thanked them because it was clear to him that for a government to succeed it must be allied with the people, with businessmen, to together move the municipality forward. 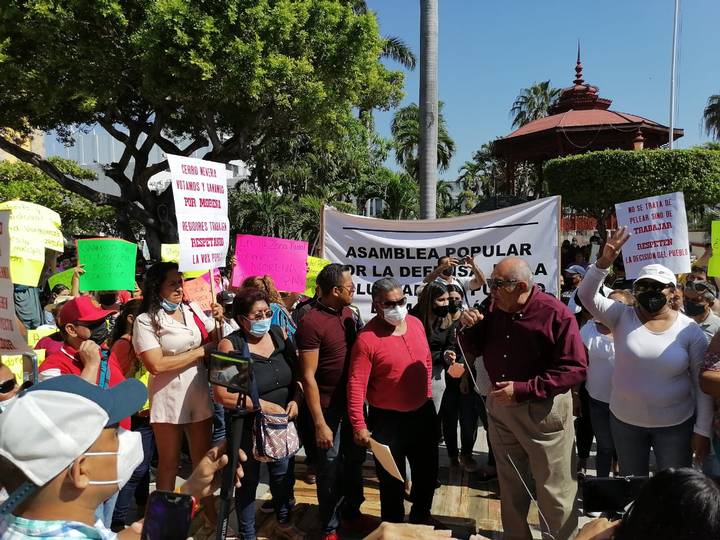 He indicated that the Mazatlecos voted overwhelmingly for Morena, they voted for the Chemist and that he will always be in front of you.

“ No, I will not allow it. We are not going to allow people strangers to Mazatlán to want to award it to them, who want to take over a Mazatlán that is going on an increasingly ascending path, however, due to agreements of domes they want to take over Mazatlán, “he said.

Before dozens of Morena supporters who gathered on the esplanade of the Municipal Palace, Mayor Benítez Torres invited them to an informative popular assembly on Friday, November 19 in the afternoon.

“ And I am going to make known everything that is being handled to overthrow Morena and the President, Químico Benítez de la Presidencia. We are going to give the information with evidence, with evidence, of what is happening. Next Friday, 5:00 in the afternoon. I invite you, help invite the people, to come and demonstrate with everything, with everything, “he harangued the supporters who responded that he was not alone.

Mazatlan pulmonia drivers claim to be extorted by municipal police

With a baby on board! Three women try to beat the train in Mazatlan and lose (video)