Authorities monitor the area to be able to capture it

Mazatlán, Sinaloa.- This Sunday a crocodile appeared in the beach area near the monument to La Familia, at the intersection of Avenida Del Mar and Rafael Buelna, which caused surprise among people who come to exercise at the Malecón.

It was personnel from the Mazatlan Aquarium who came to the area to try to capture it and relocate it to its possible home, such as the Yugo or La Escopama estuaries, but the crocodile returned to the sea again. 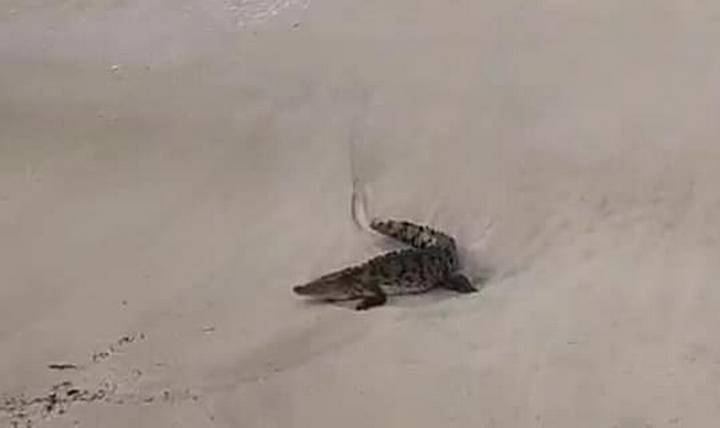 Authorities reported that the entire area is monitored so that it can be caught when it returns to the beach area.

It is a small crocodile, about a meter and a half long; elements of the Ministry of Public Security generated the alert to avoid some unfortunate event due to the presence of this reptile in the beach area.

In recent months, some crocodile specimens have gone into the sea in Mazatlán, which have been captured and relocated to ecological areas.

Quirino Ordaz presents the first room of the Sea of ​​Cortez Aquarium in Mazatlán, Sinaloa (VIDEO)

Pretty and colorful! The central median of Gabriel Leyva avenue in Mazatlán will showcase