It is estimated that within a month the Central Park will be open to the general population since at the moment it still needs some work to complete.

Mazatlán, Sinaloa.- Quirino Ordaz Coppel and Luis Guillermo Benítez carried out the act of delivery -reception of the new Central Park of Mazatlán.

Benítez Torres said it was a symbolic delivery by the State Government, since it is a work that is built on land in the municipality and has an advance of 90 percent, there are some pending works. 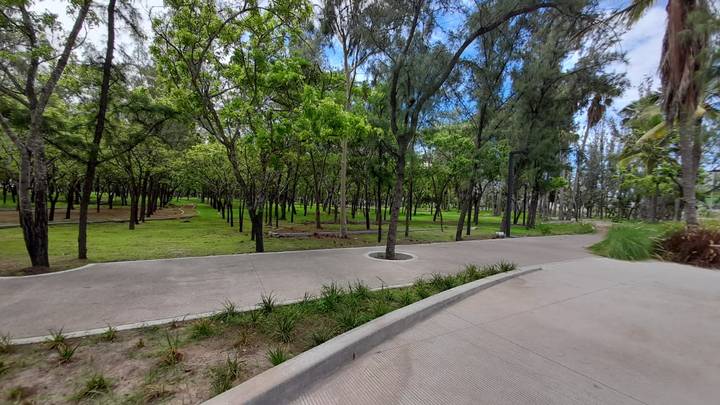 “The agreement we have with the governor is that they are going to finish a part, which is the treatment plant that is pending, which is about to be finished, we are going to put up the perimeter fence, bathrooms, some details and when he arranges it Well, we have already inaugurated and are open to all citizens . “

He assured that, once the largest urban park in the city is inaugurated, it will have free access for everyone. 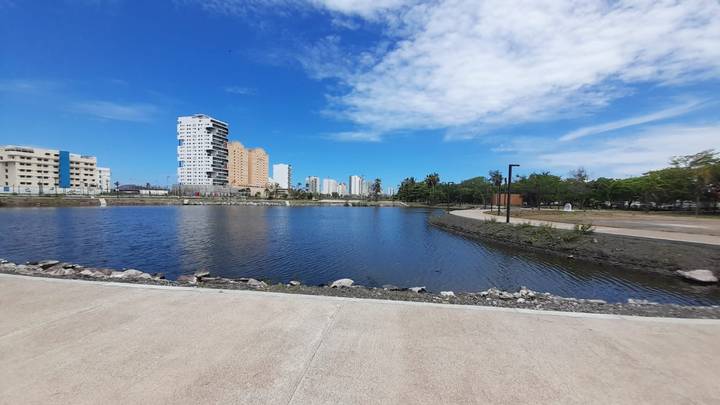 He added that this new attraction will be managed by the old paramunicipal Mazatlán Aquarium, since the new Sea of ​​Cortez Aquarium that is built there will make up a new organization.

” This is going to happen at the hands of the previous paramunicipal, which is the Mazatlán Aquarium, they will continue to administer what is the penguin, what is for sea lions, and some other activities, and apart they will have the administration of the Central Park”, added.

The formerly called City Forest is considered one of the largest natural spaces in Mazatlán due to its area of ​​93,861 square meters.

It will be a park with bike paths and trails, an interactive space, with educational, sports, recreational, cultural, and tourist infrastructure.

Luis Guillermo Benítez Torres, municipal mayor of Mazatlán, welcomed the port’s position in the eyes of the international scene, this due to works such as the Central Park and the Sea of ​​Cortez Aquarium, close to being inaugurated.

The mayor appreciated that Mazatlán is international news since one of the reasons why it enjoys such a position is the early opening of the Central Park, which will be free access and will open its doors to the public in a month, working independently to the Sea of ​​Cortez Aquarium.

“It would be free (the entrance to the park) (…) Approximately in a month since the governor inaugurates it, today we only formalize the delivery to the city council of this place,” he said.

“In fact, it is already having it, right now Mazatlán is news in much of the world for everything that is happening here; The inauguration of the largest and most beautiful aquarium in Latin America at a very near date are big words, ”he added.

Regarding the treatment plant that will be built inside the Central Park, Benítez Torres argued that the cost will be shared between the state government and the municipal government, in addition to the fact that these facilities will be working to prevent the shrimp lagoon from being contaminated.

“The agreement we have with the governor is that they are going to finish a part, which is the treatment plant that is pending, it is about to be finished, we are going to put up the perimeter fence; bathrooms, some details and when he arranges it, we will inaugurate it and with the opening to all citizens, today it is the symbolism of the delivery to the city of the central park, the state government park, ”he concluded.

Due to remodeling works, businesses in the Golden Zone of Mazatlán close

Mazatlan Canaco and Fecanaco Servytur against the payment of 3 municipal lands to the Arhe group, in the case of Nafta