The waves are so strong that even part of the bike path was flooded, from the Muchacho Alegre towards the Facimar

Mazatlan, Sinaloa.- For the second day in a row, the large waves on the Mazatlan coast scared away bathers and prevented families from spending a moment of coexistence on the beaches this afternoon.

In Playa Norte, the waves were so strong that even part of the bike path was flooded, from the Muchacho Alegre towards the Facimar. 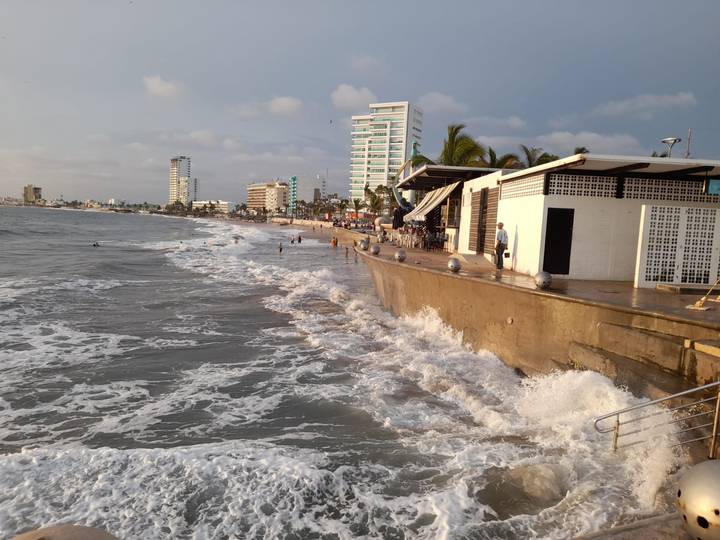 At the height of “the bichi monkeys” the families had to withdraw from the sandy area and chose to sit on the boardwalk and on the ascent stairs. The same thing happened with the merchants.

The Aquatic Rescue Squadron reported this morning that some beaches, including these, maintain yellow pennants, indicating moderate income. However, there was no shortage of those who entered the sea to challenge its strength.

Meanwhile in the beach traffic light all sections appear with yellow status, which according to the capacity means beach occupied at half its capacity.