Mazatlán, Sinaloa.- The wait is over, it took 16 years for Mazatlán to have the Caribbean Series again and for that they threw the house out the window, with an emotional and captivating ceremony, marking the beginning of the “Beisbolero Carnival”.

With the presence of the six teams representing the 63rd edition of the Caribbean classic, as well as the presidents of the clubs, the Caribbean Baseball Confederation, the Governor of the State of Sinaloa, Quirino Ordaz Coppel, and the mayor of Mazatlán, Luis Guillermo Benítez Torres, began the opening ceremony of the Caribbean Series in the port.

Then the national anthems of the selections of the Dominican Republic, Venezuela, Colombia, Puerto Rico, Panama, and Mexico were sung.

As is the tradition at each inauguration, the first ball of the event was thrown, which was carried out by the multi-champion manager Juan José Pacho Burgos, who was endorsed by the public, the receiver was Alexis Wilson, the starting catcher from Mexico.

The ceremony paid tribute to those who fell from the Covid-19 pandemic to which the master of ceremonies emphasized the following; “Today more than ever he knows that humanity must unite for a better tomorrow, we have great examples of solidarity, we are going to applaud the fallen with great respect and honor.” 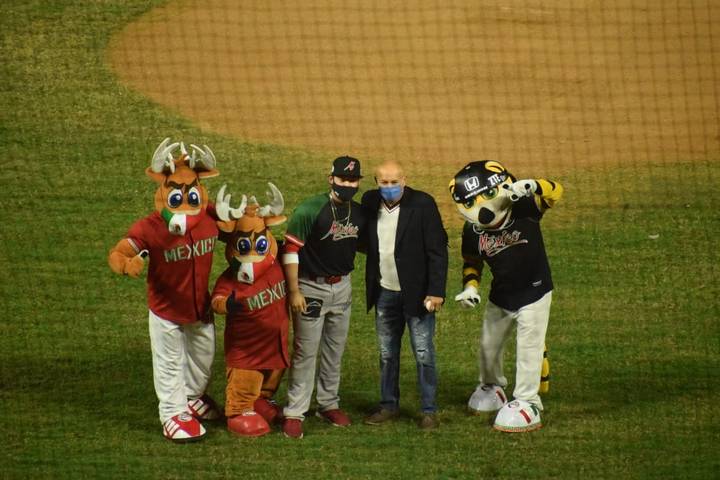 After that, four tenors from Sinaloa performed songs that were merely from Sinaloa such as “Yo No Fui”, “La Ley del Monte”, “Cucurrú Paloma”, “El Barzón”, “El Muchacho Alegre”, “La Puerta Negra”, “El Color of Your Eyes ”.

To end with a shower of pyrotechnics that illuminated the Teodoro Mariscal Stadium, while the notes of the Corrido de Mazatlán were intoned and ending again with the Sinaloense, exploiting the present fans in jubilation, closing with the ceremony.