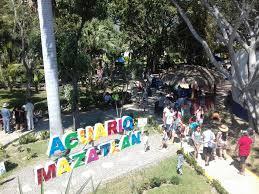 Mazatlán, Sin.- More than two thousand five hundred people per day visited the Mazatlan Aquarium, from December 24 to 31, where there was an increase of almost 300 percent, a figure that exceeded expectations, said Pablo Rojas Zepeda.

The director of Acuario Mazatlan indicated that during 2018 more than 482 thousand visitors were received, closing December with a rebound higher than those of previous years, which leaves a great economic benefit for the city.

“It was sawed very well, there were enough visitors, much more than we expected, more or less for a rough data mode from twenty-four to thirty-one were more than thirteen thousand people, increase three hundred percent,” he said.

Rojas Zepeda said at the end of the holiday period the number of visitors dropped to 40 percent, during the week there are 300 attendants per day and on weekends, it increases to 800 and it hopes to stay that way for the next few days.

He highlighted having several projects on the door; one of them is the creation of new jellyfish exhibition areas, only the approval of the council is needed to carry it out, and in terms of prices, up to now, the update has not been contemplated.

The time has come! Vaccination of minors begins in Sinaloa

Mazatlán City Council will spend half a million pesos on consulting