Mazatlan is a port with a lot of history. Although the date of its foundation is not known with exactitude in the following paragraphs it is tried to do a very brief version of the history of Mazatlán from its first inhabitants until almost our time.

A few centuries ago, without knowing how and for how long, began to populate the marshy and hot valley of Mazatlan, which by 1500 was inhabited by two groups that had a constant war between them. When the Spaniards arrived the first and second time, they took advantage of such an advantage, since by promising them the peace they led to the extermination of some and Christianity to others. In addition to mines and missions, they established a presidio, from which mulattos would protect the New Spain villages from indigenous rebellions and pirate attacks. Having, for the latter, a guard post in the uninhabited bay of the north.

With time the Presidio and its territorial dependencies began to gain autonomy from their superiors, officialized by the same courts. Its inhabitants came to participate briefly in the war of independence, while others took advantage of the conflicts of the time to do business in the bay, which was gradually populated to get by decree it’s opening to foreign trade. Already in independent Mexico, it would begin to function as a decent port and very soon after would have its own government and political elite.

During the centralist regime, Mazatlan acquires a political and military influence that rivals and partially exceeds that of Culiacán, originating an early and long-standing lawsuit between the ruling classes of both cities, reaching dramatic and scandalous episodes that would end up mixing with the later international conflicts of the country. The Prefecture of Mazatlan would live several of its bloodiest decades in this period until it cedes definitively the state’s capital and finds an almost complete peace.

In the late nineteenth and early twentieth centuries, the district of Mazatlan grows as never before in the economic, industrial, cultural and social, to the point of becoming the main city of Mexico to the northwest and its most important port in the Pacific. On the eve of the revolution, a new caste of intellectuals and politicians had formed, returning to Mazatlan and its periphery the political and military struggles that had already been overcome.

The rich families of foreign origin began to lose their influence and a new socioeconomic reality began to dominate the newly formed municipality of Mazatlan.

The agrarian struggles that followed the revolution plunged, even more, the Mazatlan economy and industry that had survived, while groups of hitmen formed that unleashed a wave of terror throughout the territory. That problem would reach its long-awaited and dramatic end with two assassinations, although it would set a direct precedent for Sinaloa’s drug trafficking. The few families of the Mazatlan elite that were able to save their heritage began to invest in the fishing industry and in an unknown tourist industry, which would live its first boom in the mid-twentieth century, accompanied by a slow and steady industrial and commercial recovery. 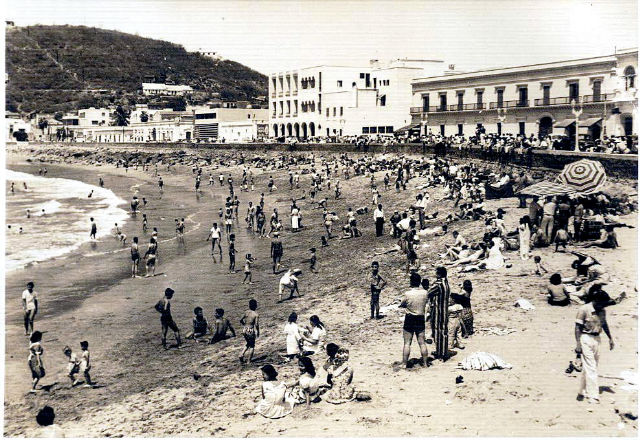 By the end of the 20th century, Mazatlán had recovered part of its former economic, cultural and even political influence. The transition towards the new millennium came with a greater commercial re-opening, momentarily and tragically tarnished by the wars of the narco and the scandals in its public administration … And so we arrive at our days, as abruptly as everything in our history, so full of climbs, descents, light and dark, ready to go to where the rudder turns, but what’s next ?, where to go ?, only we have to decide. Good luck.

Humid and suffocating! Weather conditions forecast for Sinaloa this Wednesday