The capital of Guanajuato was below the projections that good tourism would give them and that did not please the PAN mayor. 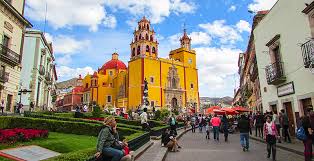 Guanajuato is an entity with a powerful tourism industry and its capital, without a doubt, is one of the favorite cities to visit by Mexicans and foreigners, although for Alejandro Navarro, the Guanajuato mayor has some “buts” for a certain type of tourism.

Navarro Saldaña who has just over a month in the municipal office , announced that last weekend the Guanajuato capital did not achieve the figures in tourism it planned to achieve.

The PAN mayor pointed out the detrimental nature of excursion tourism, which arrives in the morning in trucks and leaves at nightfall, since “they do not bring enough money to spend” and they do not generate spills on their capital.

“We want to have a profile of tourism that brings more economic income that can enter a museum, buy crafts and that can enter a restaurant and not people who do not bring their food that was what we detected in these trucks their food inside the truck ” .

The popular Museum of the Mummies of Guanajuato has registered a fall in the visits , reason why it emphasized the low purchasing power of the hikers. For the period from November 16 to 19, the capital of Guanajuato received about 55 thousand visitors with an estimated spill of 107 million pesos.