Despite not being a power in technological development, the inventiveness of some Mexicans has made important contributions to the world.

From color television or the contraceptive pill to tortilla making machines. These are some of the most significant inventions created in Mexico in its contribution to global technological development.

It was created in 1951 by Mexican chemist Luis Ernesto Miramontes , along with Carlo Djerassi and George Rosenkran. Currently, it is used by millions of women around the world.

The invention occurred when scientists synthesized norethisterone , a steroid substance. This compound is found in most oral contraceptives today.

The engineer Guillermo González Camarena invented – between 1939 and 1940 – the sequential trichromatic system of fields, laying the foundations for the development of color television. The patent was received in 1942 and improved between 1960 and 1962.

A color television is put to the test in New Zealand, February 1970. / Flickr.com / Archives New Zealand

In 1950 the Columbia College of Chicago requested the production of the television system from the young Mexican researcher and they were exported to the USA. color television equipment designed and manufactured in Mexico. This system was used in NASA’s Apollo and Voyager missions to receive images from the moon and planets of the solar system in the 1960s and 1970s.

It is a mixed three-dimensional structural system, made of steel and concrete, created by the Mexican engineer and politician  Heberto Castillo in 1966.

A tridilosa, on the roof of the Central Bus Terminal of the North, Mexico City.

This system reduces the material used without compromising the structure of the constructions. One of the most outstanding qualities of its structure is that it can save 66% of concrete and up to 40% of steel. The building of the World Trade Center , one of the most emblematic buildings in Mexico City, was built with this technique.

Developed in the Center of Applied Physics and Advanced Technology of the National Autonomous University of Mexico it consists of a biodegradable substance and has the quality of removing dyes from spray paints.

The anti-graffiti painting was developed in the laboratories of the UNAM in Querétaro, Mexico. / fundacionunam.org.mx

It is manufactured industrially since 2002. It is a unique paint of its kind in the world, which contains a hydrophobic agent, that is, a substance that can not be mixed with water.

It was created by Everardo Rodríguez Arce and Luis Romero . In the beginning, it consisted of a laminated roller head with a conveyor chain that moved the product to a comal, which allowed to produce 16,000 tortillas a day.

In 1947 Fausto Celorio developed the first automatic tortilla machine. These machines have been exported to countries like the USA. and China , mainly.

It was invented in 2005 by engineers  Joel Sosa Gutiérrez and Sergio Galván Cáceres . It allows a significant saving of light, giving lighting in houses and buildings where the electric current is not good. 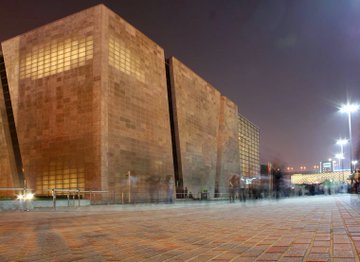