Home Mazatlan Mazatlán increases air connectivity with Canada and the United States
Facebook
Twitter
Pinterest
WhatsApp
Mazatlan, Sinaloa.- Mazatlan will increase its air connectivity with the United States and Canada, achieving 15,020 new seats a year, in addition to the opening of a new Montreal flight, informed Tourism Secretary Óscar Pérez Barros, adding that it will be increased to 142,907 total seats during the 2018-2019 season. 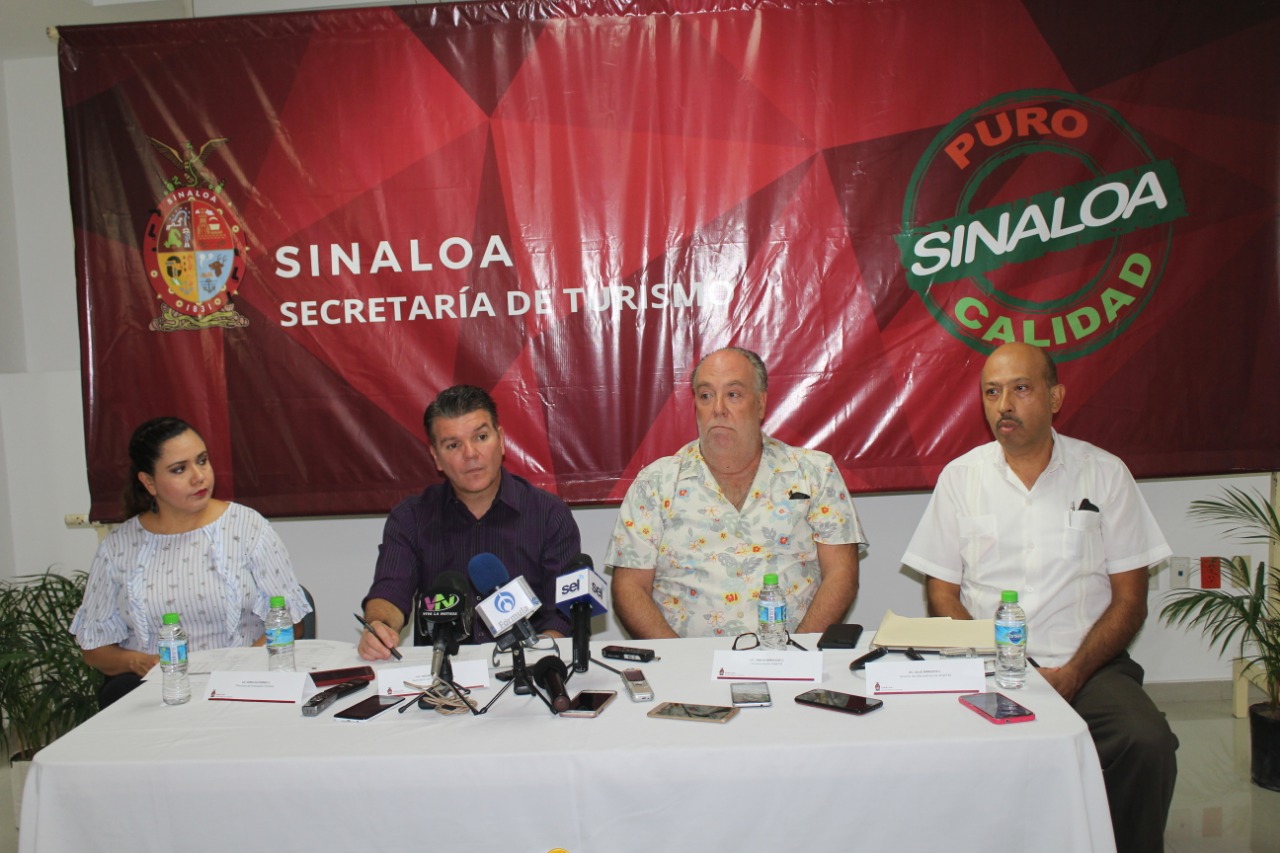 At a press conference, the state official said that the above is the result of the work tour they held for those countries, the previous week.
He explained that they met in Calgary, Canada with the Westjet Vacations, which arrives in this city from November to May, achieving an additional frequency to the route from that city so that it stays the whole year, which will impact with 8,320 more seats. the ones we had, adding that the Vancouver and Edmonton routes are also maintained.
They were also with the company Sunwing, in Toronto, Canada, where the flight from Montreal to Mazatlan was achieved, in addition to the seven that already exist, which will represent 4,158 additional seats.
In the United States, they met with the Sun Country Airlines of Minneapolis, Minnesota, with which they managed to maintain the flights that they already had, and the offer was that in the next few months they will be able to put more capable aircraft.
With this line the number of seats was increased by 15 percent, said Pérez Barros, which means 2,542 more seats; this line maintains four flights a week and new routes were requested from the surroundings, such as Kansas City and St. Louis Missouri.
He added that work will continue to achieve better results, according to the instructions of the State Governor Quirino Ordaz Coppel, as well as to be informed of the progress that will be made in the Sectur.
On the other hand, the vice-president of the Association of Hotels and Tourist Companies (AHyET), Carlos Berdegué, expressed that, “it paints the winter hard, the cold has started there and it is good news for us; In the places visited, they are very interested in continuing to work with this destination, “he added.
“We are happy because the Tourism Tianguis of Mazatlan allowed us that those people who did not know the destination, in this case, the presidents of the airlines, could come and are now those who strongly support their managers to risk and get more seats.”
He thanked the state governor and the Tourism Secretariat for the work carried out to achieve these extraordinary results, which allows us to have a more consolidated destination to continue competing with others in the country.
In turn, AHyET marketing director Julio Birrueta said that, “we must point out the quality of the relationships that have been established and reconfirmed with this work trip,” and stressed that “it is important to know that after this come the results, the commitments; Mazatlan responds immediately to all requests for new projects, and is always visiting the airlines and aware of the results. It has been advancing in that quality of the qualitative part something that should be taken as an asset to the destination. “
In the conference was also the director of Tourism Promotion of the Sectur, Edna Gutiérrez.
The Mazatlan Post