Durango is both a state in north-central Mexico and the name of the capital city of that state. It was home base for Pancho Villa, which made it an excellent shooting location for rootin’ tootin’ Western movies. It’s also an area of much cultural and historical interest. However, it’s not as tourist-ridden as some other Mexican regions, which offers a nice change of pace for the harried traveler.

Durango, Land of Films and Scorpions

John Ford shot some of his most famous Western movies in the state of Durango, and John Wayne acquired such an affinity for the place that he built his personal home, Rancho de la Joya, there. A stunning number of memorable films have been made, at least partially, at locations surrounding the city of Durango – including “The Treasure of the Sierra Madre,” “The Good, the Bad and the Ugly,” “True Grit” (the 1969 version) and the Charlton Heston version of “Ben-Hur.” One reason for all this cinematic interest is that the region’s landscape provides a wide variety of backgrounds: deserts, mountains, rivers, lakes, forests – even waterfalls.

All Western movie fans are encouraged to visit Old West Town just 10 minutes from downtown Durango City on Route 45, an old-fashioned movie set featuring performances by dance-hall girls and cowpokes. Horse rides and wagon rides are available, after which you can grab a bite to eat at a Western-themed restaurant and do a little shopping. Just over a mile north is another Western set at Chupaderos, where professional actors role-play heroes and villains.

Next to A-list actors, venomous scorpions are probably the most famous denizens of Durango. The local citizens seem to have made their peace with the scorpion population, even adopting the critter as the team mascot of the soccer team, Alacranes de Durango. The scorpion has been added to the menu, too, as a flavoring for mezcal, the popular agave-based liquor. You can also try a scorpion taco or two. Just don’t step on any of the hundreds of scorpion varieties found in the region, because their venom can be extremely toxic.

The Durango region is becoming increasingly renowned for its eco-tourism opportunities. For example, just 40 miles west of Durango City, you’ll find the Ecological Park/The Tecuan where you can hike, fish, bike and observe an abundance of wildlife in its natural habitat. Camping is permitted, or stay in one of the inexpensive cabins for the night. Be sure to bring clothing suited to the cool temperatures of this high-altitude spot.

If you’re intrigued by mysterious places such as the Bermuda Triangle, you should explore the Zona del Silencio, a desert area located in the extreme northeastern corner of Durango bordering Chihuahua and Coahuila. This “Zone of Silence” is the stuff of legend, where claims have been made of atmospheric and magnetic anomalies, UFO sightings and visits from aliens. Though skeptics may scoff, aficionados of weird phenomena may just want to investigate for themselves. Just remember that it’s hot out there in the desert, so take your water bottles along.

The most spectacular views of the Sierra Madre Occidental mountain range in Durango can be found from El Espinazo del Diablo (The Backbone of the Devil), a road bordered by steep cliffs and deep ravines. It zigs; it zags, there are hairpin turns galore; it’s a thrilling and precarious route not for the faint of heart. The road begins on Mexico’s west coast in the state of Sinaloa, and it twists and turns all the way to Durango – a journey that takes about five harrowing hours. As the road climbs higher, the temperature sinks lower; by the time you reach Durango City, you will most likely be ready for a stiff drink and a hot bath.

Should you prefer a route that’s scenic but maybe a little less perilous, you can still get some magnificent views driving along Fed. 40D. Constructed in the 21st century as a safer alternative to the Devil’s Backbone, 40D is a toll road that runs roughly parallel to it. But while the Espinazo hugs the mountainous terrain up and down narrow cliff edges, 40D takes a more direct path (approximately 140 miles) straight through the mountains via tunnels and cable-stayed bridges. In fact, it’s probably worth the toll just to drive over the Baluarte Bridge, the tallest cable-stayed bridge in the Western Hemisphere. One of the greatest feats of bridge engineering anywhere in the world, it spans a third of a mile over a quarter-mile drop to the Baluarte River below.

The Durango region has long been fertile ground for revolution and rebellion. Though the Spanish conquistadors conquered the territory in 1554, the indigenous Tepehuanes and northern Tarahumara tribes, later joined by Apaches from farther north, formed a resistance to the European colonists and stirred up things for generations. By 1876, the native rebellion became so formidable that the Mexican federal government sent troops in an attempt to crush it for good.

In the wake of this governmental show of force, the people of Durango, undeterred by their defiant stance, needed strong leaders for the resistance. They found one such hero in the person of Pancho Villa. Revered as the Robin Hood of Mexico, Villa was a military genius who played a large part in the Mexican Revolution. His most-famous memorial is the Francisco Villa Museum (Museo General Francisco Villa) in downtown Durango City. The museum offers an excellent assortment of artifacts, graphics, videos, settings, and models, as well as stunning mural artwork. Well-informed, English-speaking guides are available. If you’re looking for an entry into the heart and soul of Durango, this museum can provide it.

Located about 160 miles inland from the beach resort town of Mazatlan, Durango City is well-positioned on the Camino Real de Tierra Adentro, or “Royal Inland Road.” This route has been declared a World Heritage site by UNESCO, and it runs south from New Mexico to Mexico City, passing through Durango City on the way.

The city takes justifiable pride in its architecture. Founded in 1563, Durango City has the largest number of historic buildings in the north of the country – such a mix of architectural styles from colonial to modern that walking through the city’s streets is like taking a course in architectural history. The Plaza de Armas, at the center of the city, leads to the Catedral Basílica de Durango, a landmark of enduring beauty, itself a cornucopia of architectural forms. Built from 1685 through 1787, its blend of styles includes neoclassical, baroque and the extremely ornate Spanish Churrigueresque mode, along with Corinthian columns and an elaborately carved choir stage. The cathedral also displays paintings by the 17th-century artists Miguel Cabrera and Juan Correa. There are several more museums in the city worth visiting, including a museum of archaeology, a museum of mining, the city museum and more.

At night, the buildings in the town center are brilliantly lit. You’ll want to spend at least one night in the city just to see this dazzling nighttime display. You have your choice of several accommodations. Hostal de la Monja, La Casa de Bruno, and the Gobernador are highly rated hotels located downtown and within walking distance of many of the city’s attractions. The most expensive hotels in Durango still come in at less than what you’d expect to pay at any U.S. chain motel.

What To Do In Durango

Considered the most beautiful architecture in northern Mexico. At dusk, a large part of the buildings has a stage lighting that no one can miss.

This baroque building is famous for its gilded choir chairs and paintings by Mexican artists.

Along the Pan-American Highway is this theme park that was built as a film set by Billy Huges. It filmed about 150 national and international films, including “The bandits” starring Penelope Cruz and Salma Hayek. Now it is a tourist attraction and every weekend they show western-style shows with cowboys, Can-Can girls, and Apache Indians.

It is seated in the Palacio de Zambrano, with a beautiful baroque facade. The museum consists of 10 rooms with different themes; in the permanent rooms infographics, models, objects, photographs, graphics, and videos, narrating childhood, the revolutionary struggle, and place in the history of Mexico of General Villa, also known as the “Centaur of the North” are displayed.

The building inspired by Parisian palaces built in the nineteenth century is a spectacle in itself, but I also find in more than 1,400 wonderful objects distributed in its 16 rooms. These pieces offer an overview of the region of Durango considering its geological, prehistoric, archaeological and cultural aspects, from colonial times to our time.

One of the four cable cars city dwellers in the country, you can enjoy the spectacular view of part of the Historic Center of Durango to 82 meters high over a distance of 750 meters. It has stations in the Cerro de los Remedios and Barrio del Calvario. In the first you’ll enjoy a breathtaking view from your viewpoint as well as cultural events and outdoor cinema.

Another way to enjoy the beautiful Historic Downtown Durango is taking its Tourist Tram tours which, in a journey of about 50 minutes, you will see the main attractions. You will see the Cathedral, the Palace of Zambrano, Victoria Theatre and Ricardo Castro, the Temples of Analco and Santa Ana, the Civil College and Antigua Normal School, the Palaces of Gurza and Escárzaga, and the former railway station.

Underground museum with 24 feet deep and 306 yards long. This museum displays a collection of objects and mining samples, dating from the founding of the city. Entrance from the Placita de Juan Pablo II.

An ideal place to spend the day with family. In the museum, you will find over 100 interactive workshops divided into five exhibition halls. It’s a fun way to learn about technology, science, culture and art. Remember that there is also a 3D projection room.

Durango say they have the best cheese and although this may be a discussion when visiting Wallander definitely see a strong contender. On-site, you will find all kinds of preserves, sweets, handcrafted wines, chocolates, milk and even bread made right there, and all you want to take home. Fail to include a cafe to order a delicious cake and salad made with their own products.

This small town just 58 miles from Durango, is one of the oldest in the state and the most visited in the region and also be part of the Camino Real Tierra Adentro. Becoming an evangelistic center, there are many churches to visit such as the ruins of the former Convent of San Francisco, the Church of Amado Nervo or the Parish of St. Peter the Apostle. It also has a rich cuisine and is a producer of mezcal.

Only 40 minutes from the capital in the middle of the mountains, is the ideal place for nature lovers to relax in the midst of this natural atmosphere. You can perform a number of outdoor activities: hiking, fishing, biking, camping and more. Also you can see squirrels, deer, elk, coyotes, wolves, foxes, among many animals. Remember to wear comfortable clothes for the occasion and do not forget that the weather is usually cool.

Amid a forest of conifers, you will find these spectacular rocks that were formed millions of years ago when incandescent Magna covered the earth and wind-polished rocks. Nearby also is Mexiquillo waterfall with 20 meters fall. It is ideal for picnicking, mountain biking, hiking, horseback riding or off-road vehicles location.

Here are the most notable characteristics of this state’s cuisine:

TRADITIONAL DISHES TO LOOK FOR

For a day or weekend trip less than 3 hours from Mazatlan through the beautiful Sierra Madre Occidental Durango is a must. Have a Great time and don’t Drink and Drive. 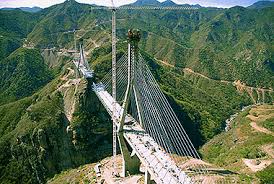