Regarding World Environment Day, Cemaz recognized that urban development in the city is not balanced with nature and is rather degrading.

Mazatlán, Sinaloa.- What can we celebrate on Environment Day?, questioned members of the Mazatlán Ecological Council, in the face of the imminent gradual and sustained deterioration of nature in the port in the name of development.

On June 5, World Environment Day, Cemaz recognized that urban development in the city is totally disordered, there is no balance with nature and, on the contrary, it is degrading.

The environmentalist Sergio Valle Espinoza pointed out that real estate development has been destroying green areas, while the World Health Organization recommends 25 square meters of green area per inhabitant for their well-being, he emphasized that in Mazatlan, a city of half a million inhabitants, there is a deficit of 10 to 15 square meters.

He also added that there is a serious problem with the final disposal of garbage, which has been in crisis for 32 years and has not yet been resolved.

“Right now we are producing about a thousand tons of garbage daily, in 1990, 32 years ago, the garbage crisis and the final disposal of the garbage is still not resolved in Mazatlan. Its final disposal is tremendously collapsed, the leachates, the production of substances , they go to the water table and are contaminated,” he added.

For his part, Pedro Rodríguez Franco, commented that if there is something to celebrate this day, it is the buffering capacity of nature despite all the pollution it receives.

“If there is something to celebrate this day, it is the buffering capacity of nature, of the seas, of the forests, of the mountains, of the air, of the subsoil, of reversing the damage caused despite the fact that we throw so much garbage at it, so many toxins, so many pollutants,” he said. 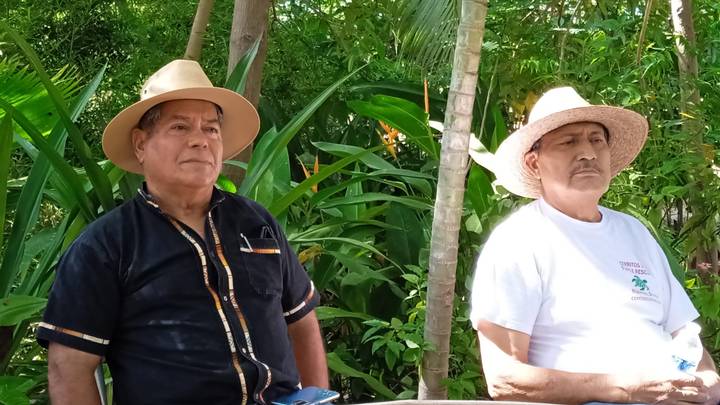 Martin Guerrero and Sergio Valle, president and director of CEMAZ.

The president of the council, Martín Guerrero, indicated that the key to the problem of contamination is environmental education.

“As our slogan says, “in the search for an ecological conscience”, I believe that therein lies the key to all this problem, due to the lack of environmental education,” he indicated.

He added that the population should not be hoping that the government will solve everything, but that each one should make a deep reflection on the role they are playing in their environment and organize themselves.

“That we all be aware of the role that we are playing as a society, because if we leave the authorities, on their part, we do not have a light that is going to take us out of the darkness in which we are; from the home, in the family, education,” he added.

Miguel Espinoza Villela, secretary of CEMAZ, proposes to the Municipal Department of Ecology and Transit to meet all the related organizations of the port to achieve a substantial change in the ecological task, starting with the regulations that are already obsolete, in force for 30 years.

The Mazatlán Ecological Council considers that by making use of science and technology, citizen participation and environmental education, Mazatlán can be promoted as a sustainable city, friendly to the environment, the city of the three Rs, (Recycle, Reuse and Reduce) and not only as a sun and beach destination.