After his visit last weekend to León, Guanajuato, Ricardo Velarde Cárdenas, stressed that personally, he did not go to publicize the Carnival, but rather his main objective was to further promote the destination in terms of investments and attraction of investors to Mazatlan.

The secretary of Development, Tourism and Fisheries of the municipality expressed that it is very important to attract new markets, and without a doubt, the Bajío market is one of great importance for this port, since the connection occurs in two ways: by land, through of the Mazatlán-Durango maxipista, and the aerial one.

“We went to promote investment and attract new investors, and what better way to do it with the business sector where the national vice president of Fecanaco is a Mazatlan, and that opens a door for us to work in coordination,” said Velarde Cárdenas,

With the improvement of urban infrastructure and tax incentives, Mazatlán will continue this year with private investment mainly in the hotel, real estate, restaurant, and commercial sectors, revealed Ricardo Velarde Cárdenas.

The Secretary of Economic Development, Tourism and Fisheries of Mazatlan stated that there are currently 12 hotels being built in Mazatlan, of which eight will be included in 2022, providing the destination with more than 1,600 additional rooms to the 12,400 rooms that exist nowadays.

In terms of tourist arrivals, he argued that in 2019, Mazatlán had a record of more than 3.2 million visitors, but during 2020 there was a considerable drop due to the start of the pandemic, although by 2021 it achieved a rapid recovery of 2.8 million tourists.

He pointed out that 69 percent of tourism is by road, and the remaining 31 percent arrives by air, so the destination is already beginning to work on the recovery of flights, especially international ones.

He added that the balance that has been achieved in the destination during the pandemic has been very good, which is why investors trust the city, great things like towers are coming, in addition to planning and working on services.

“Part of the Secretariat’s projects is to continue working on attracting four and five-star hotel chains to the destination,” he said.

Velarde Cárdenas added that there is significant growth in the restaurant business with the arrival of business chains from Mexico City and Guadalajara in the new shopping malls. 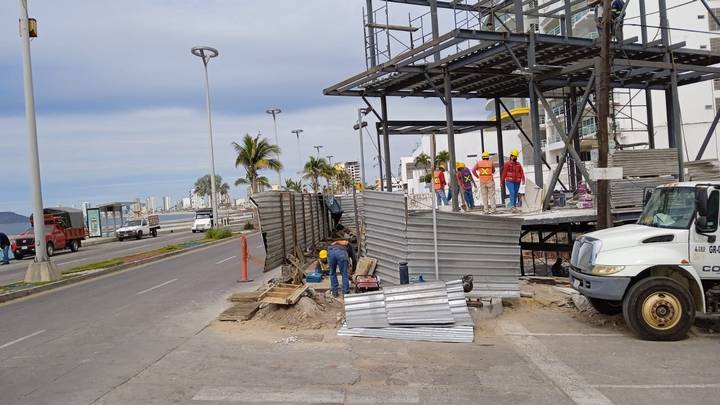 Currently, there are three fairly large developments, around 20 to 30 stores per square in the Golden Zone, Gran Plaza, and La Marina Avenue.

“In these places, around 100 stores will be available by 2022, mostly from the service and restaurant sectors, and we are already beginning to see national chains that are beginning to come to Mazatlan and what has caught the attention of these national businessmen. is to see the reactivation and growth that the destination has had despite this situation that we are experiencing worldwide,” he said.

The municipal official also spoke of the tax incentives that exist for investment in the municipality, which led to private investment reaching 40 billion pesos at the end of the first three years, mainly in tourism-real estate investment.

He pointed out that one of the great challenges that come with this growth is the ordering and feasibility of services, which is what they will have to work on to face this growth that will continue for at least the next five years.