Escuinapa, Sinaloa. – The CIP Playa Espíritu became a trigger that ran out of gunpowder, as a project that was initially considered to be the strong card of the economic development of southern Sinaloa and northern Nayarit, which would complement the port, failed to materialize. of Mazatlán.

This tourism project was born in the six-year term of Felipe Calderón Hinojosa, who considered it the most important tourism project of his management and that would become a better tourist destination for sun and beach than Cancun.

The project was taken out through FONATUR (National Tourism Promotion Fund), who acquired the land where, for many, ranch “Las Cabras”, belonging to the late former Governor of the State of Sinaloa, Mr. Antonio Toledo Corro, in this Ranch, in its good times, they worked in the cattle activity and the coconut production, which generated hundreds of jobs for the people of Escuinapia.

The cost of the property was 120 million dollars, which, according to the information provided by FONATUR, has an area of ​​2,381 hectares adjacent to the national marshes and a 12-kilometer beachfront, where a house has been built. which also belonged to Toledo Corro.

It was in 2009 when Felipe Calderón Hinojosa appeared in Escuinapa, right at the entrance to the property where the project would be built, to lay the first stone.

In the first instance, it was contemplated that more than 40 thousand hotel rooms would be built, but with the modifications that were made, as a result of the disagreements of environmentalists due to the damage that it would cause, the number of rooms was reduced until reaching projected only 10 thousand rooms. 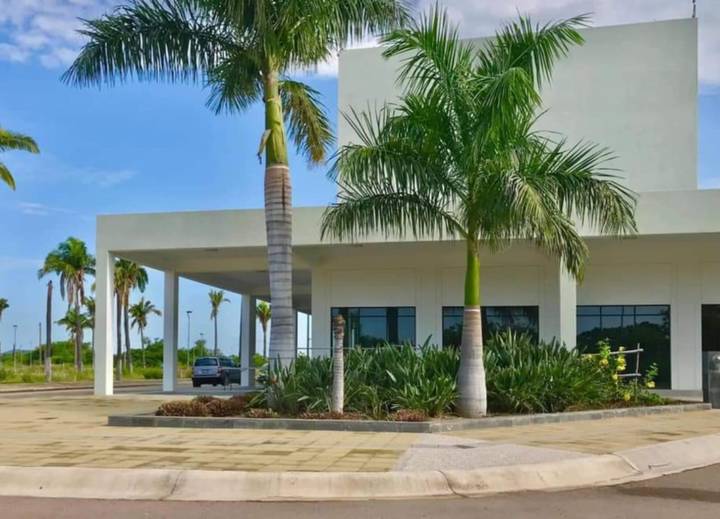 In addition to having this number of rooms, the Calderón Hinojosa project included a marina, golf courses, boardwalk, shopping centers, among other amenities.

According to the information collected, since 2008, which was when this project was announced, to date more than 2,500 million pesos have been invested, which were invested in the administration of Felipe Calderón and followed up in his six years Enrique Peña Nieto.

This millionaire investment has only served for the introduction of basic services, such as drinking water, drainage and electricity in some areas of the property, in addition to the construction of several kilometers of road inside the property, which lead to the ” beach house ”and a hotel that was built by FONATUR, as a sample for investors, which had a cost of 63 million pesos.

In addition to the millionaire investment that has been applied to the property, in 2012 an agreement was signed between FONATUR and UNAM (National Autonomous University of Mexico) with which it would contribute to the conservation of the flora and fauna that It is held in the more than two thousand hectares of the property that the project comprises.

Right there, next to the beach house, a camp was built for the conservation and rescue of the turtle.

In recent information provided by the accredited UNAM-FONATUR environmentalist, Raquel Briseño Dueñas, on the property that comprises the CIP Playa Espíritu project, a total of 300 species of animals have been identified, in which up to specimens of jaguars, while the turtle camp has managed to release more than half a million young. 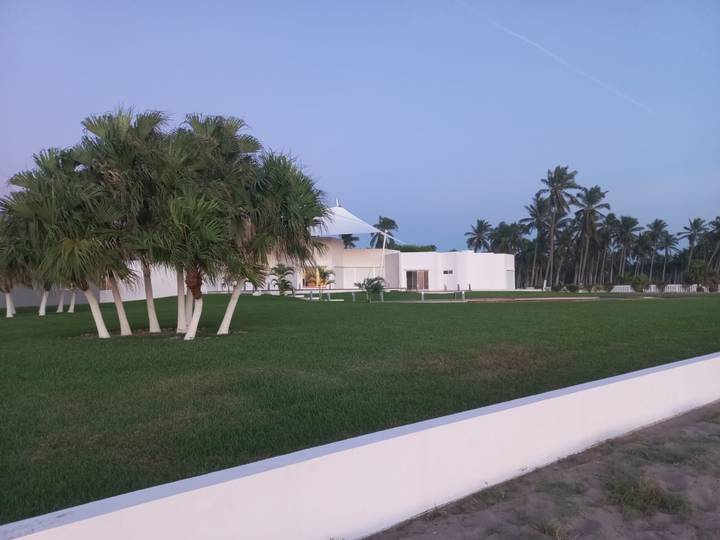 The arrival of Andrés Manuel López Obrador, to the Presidency of the Republic came to bury this project that he never managed to detonate, since the federal president has always run against it, considering it as one more work of corruption.

In these last three years, investment in the CIP Playa Espíritu has been practically nil and now the property will be part of a raffle of the National Lottery, promoted by the President of the Republic, which includes the “beach house” as the main prize and 200 beachfront lots as secondary prizes. The raffle will take place on December 5.

Although it was not confirmed by specialists in the field, the risk that the habitat of these species will be lost when the raffle takes place would be latent, as these properties become the property of individuals, in the same way the investment that has been made of more than 2,500 million pesos would be practically buried in the sand of the property and would be used by individuals.

The raffle will be on December 5 and the prizes will be 200 rustic lots, without services, a house facing the sea (which currently works as the central office of the National Tourism Development Fund project), with a value of 28 million 956 thousand pesos, three prizes of 5 million pesos each and 19 thousand 796 refunds.

At least one pair of jaguars, a species that is in danger of extinction, lives on the CIP grounds, as well as hundreds of birds, reptiles, amphibians, and flora and fauna characteristic of southern Sinaloa.

A 12-kilometer turtle camp operates on the grounds of the CIP Playa Espíritu, which in nine years has released around half a million baby turtles.

Why did houses go up in price? AMPI explains it

Who is David Toscana, winner of the Mazatlán Literature Award?