The port was the cradle of important revolutionary leaders such as Juan Carrasco, Ramón F. Iturbe, Guillermo Nelson, Justo Tirado and Ernesto Dammy

Mazatlán, Sinaloa.- The struggle of the Mexican Revolution not only generated important episodes and combats between revolutionaries and federalists in Mazatlán, but it was also the land where notable leaders were forged that today give their names to streets, avenues, and colonies of the port.

The participation of the city in the Revolution has its antecedents in 1909 since it was the first place that Francisco I. Madero visited when he was preparing to take a tour of Sinaloa in his campaign against Porfirio Díaz with a view to the 1910 elections. ; here he formed the anti-reelection clubs.

The port at that time, says the official Mazatlán chronicler, Enrique Vega Ayala, was the main city of the state due to the economic issue, it enjoyed good social prestige in the country, there was to some extent an economic crisis, but it still maintained that power. .

“The Revolution here began until 1911 in the territory of what is now the municipality, in the middle of Carnival Sunday the first act of arms took place in El Quelite,” he said.

The port was heavily besieged by the revolutionaries and the federals defended it tooth and nail because it was the most important customs office in the Pacific. The resources obtained in this way were very fought over by the groups of the revolution.

“It was besieged for long periods in 1911, 1913, 1914. There were battles (between revolutionaries and federals), they entered and left, they tried to take the city, it involved casualties from many parts, including civilians who had nothing to do with the groups in struggle, “he added.

Two very important acts of arms were experienced in the municipality, the other occurred on May 6, 1914, when Mazatlán became the first city in Latin America and the second in the world to be bombed from the air.

“The plane was a biplane that the revolutionaries were bringing, they were going to bomb a military post that was on Cerro de la Nevería and in the movement that was heading there, something happened on the plane and one of the bombs fell and it fell in the heart of the city, there were several dead and wounded, “he said .

The bomb fell on the corner of what are now Carnaval and Canizález streets; left several dead and dozens injured. Today there is a commemorative plaque on the site.

Later, he continued, the revolutionaries entered, they took the city in a violent way, there was a very strong battle in the Center that culminated in Olas Altas; there were trials and executions. 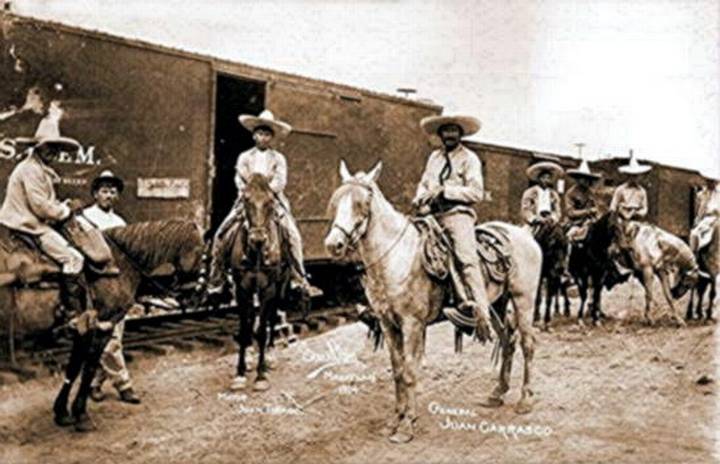 With the Revolution and so many months that the city was besieged, the economic crisis worsened, there were not even resources to maintain the city, so there was no Carnival celebration in the years 1915 and 1916.

“Here in Mazatlán probably the most revolutionary character, being a Mazatlan, was General Juan Carrasco,” he mentioned.

Carrasco participated in the taking of Mazatlán in 1914, Ramón F. Iturbe is also recognized, who stood out in the battles of Culiacán and Mazatlán, later, in 1917, Guillermo Nelson, who was only 15 years old, would become governor old, no less important, Justo Tirado and Ernesto Dammy. All five were the most important revolutionaries born in Mazatlán.

“There were also important civilians who did not take up arms directly, but who were part of the Revolution such as the engineer Manuel Bonilla, Felipe Valle and Jesús González Ortega,” he added.

Despite the fact that no woman from Mazatlan is registered, the Sinaloan Valentina Ramírez does stand out; Vega Ayala indicates that without the women the Revolution would not have been possible, since they were in charge of family and domestic matters but they also took up arms as part of the soldiery.

The armed events culminated after the taking of Mazatlán in August 1914, although later there was a movement in 1929. The traditional parades began to take place since pacification was achieved there in the 1920s.

The first civic celebrations were at school, then came the parades of the Army, unions and social groups, from the 70s to the 80s sporting events were involved.

Mazatlán says goodbye to the Majestic Princess and its 2,803 people on board