his in the framework of the first coronavirus infections that have been confirmed in two schools in Sinaloa, one in Navolato and another in Badiraguato.

In Navolato, a fourth-grade student was detected with Covid-19 and in Badiraguato, a teacher. Both patients are stable in health, according to the Secretary of Health, Efrén Encinas Torres.

On this, Ordaz Coppel pointed out that they have always established the risk that exists due to the return to face-to-face classes, which is why they are in permanent communication between schools and the health sector.

We will have to be attentive and review each case in particular, what is the cause, if it is confirmed, the important thing is that it is attendedQuirino Ordaz

The state president justified that the face-to-face classes are going well, with advances in educational matters, for which, new educational establishments have been integrated for the mixed model.

Finally, he assured that all children and adolescents who become infected with coronavirus have their medical care assured. 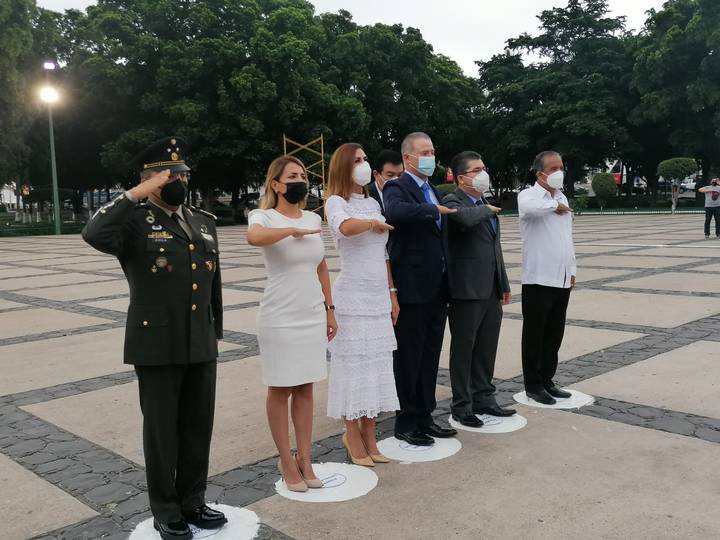 The Governor carried out the raising of the flag at the Government Palace for the 211 anniversary of the Independence of Mexico.

Flights are more expensive to travel to Mazatlan