The western Mexican state of Sinaloa is home to the country’s most powerful and bloody drug cartel. The money it generates has left its imprint on the relationships between narcos and young women – and fuelled a local obsession with plastic surgery.

On the desk in her clinic in the city of Culiacan, Dr. Rafaela Martinez Terrazas has a stack of applications from potential clients – women wanting surgery. Most of them ask for procedures associated with what has become known as the “narco-aesthetic”.

A woman with this hyper-feminized, exaggerated silhouette is often referred to as la buchona in Mexico – especially if she has a taste for flashy, designer goods and has a narco lover.

“The average age of my patients is between 30 and 40. But very often much younger women come – even minors under 18,” says the doctor.

“They compete with each other – who has the best body, or the tiniest waist.”

The women and teenagers might come for a consultation with their mothers or friends. Others arrive with a man, or alone. 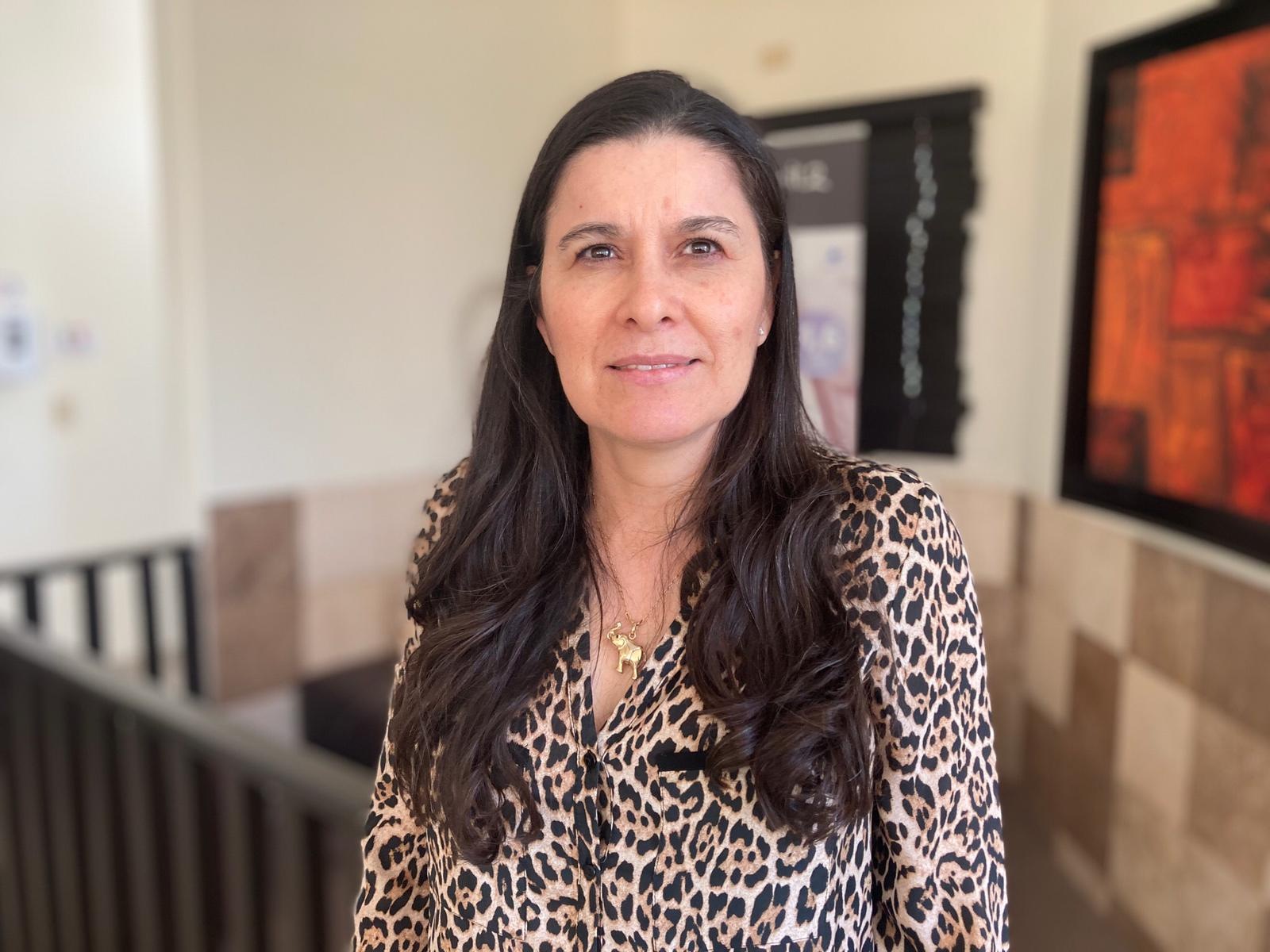 Ulises Escamilla, I explain to them that after a while he won’t be their boyfriend anymore, but their body will be theirs for the rest of their lives

“Often they come with a boyfriend who pays for the surgery. And I have various gentlemen who call me and say, ‘Hey, doctor – I’m going to send you a girl to operate on.’

“One guy rang me and said, ‘One of my girls is coming to see you. Now doctor, you know what I like. Don’t take any notice of what she says – that’s what I’m paying you for,'” Martinez says.

“I told him to sort it out with her because when the patient’s in my operating theatre, she will make the decisions.”

What is ‘la buchona’?

This man has sent maybe 30 women to Rafaela Martinez for surgery. At around $6,500 USD for lipo-sculpture, procedures are not cheap. Often the payment is made in cash.

“Obviously, in these cases, the money comes from drug trafficking,” Martinez says. “I used to say, ‘This definitely isn’t good.’ Now, it’s not that I’ve changed my mind, but I no longer think about it so much before operating. That’s because the economy here in Sinaloa – restaurants, bars, hospitals – depends on drug trafficking.”

Martinez tries to counsel women whose operations are paid for by a lover.

“I ask the patient if she’s OK about the surgery he wants her to have. Sometimes they say, ‘It’s fine, whatever he wants.’ And I explain to them that after a while, he won’t be their boyfriend anymore, but their body will be theirs for the rest of their lives. So they must choose what they want – not what he wants.”

In her consulting room, the doctor sees the evidence of semi-contractual, often temporary liaisons between men and women. These are personal relationships in Sinaloa shaped – some would say misshaped – by drug trafficking.A woman might say, ‘OK, my body’s yours for six months if you pay for the operation’

“For a narco, it’s really important to have a beautiful woman at his side… It’s like the prototype for every narco,” says Pedro (not his real name).

Pedro is a powerfully built man in his 30s who does not want to be identified. He describes himself as a personal trainer and moves in drug-trafficking circles in Sinaloa.

“Men compete with each other for women. Your wife is someone who will be at home looking after your children. The other women you have are more like trophies.”

Emma Coronel Aispuro, wife of the notorious former head of the Sinaloa cartel, Joaquín “El Chapo” Guzmán, pleaded guilty in June in Washington DC to conspiracy to distribute drugs and a range of other charges. She reportedly met Guzmán as a teenager at a beauty pageant in Durango, Mexico, in 2007, and agreed to marry him that day.

And there is something more basic at work too.

“Men are motivated by lust – for large buttocks and breasts. More than anything it’s lust,” he says.

Pedro has paid for plastic surgery for two women.

“Maybe someone you know tells you, ‘My friend wants her breasts done, or her buttocks or her nose fixed. She’s looking for a sponsor.’ And if the man’s attracted to her, then he’ll be her sponsor or godfather,” he says.

A deal is done.

“So a woman might say, ‘OK, my body’s yours for six months if you pay for the operation,'” Pedro says.

And these informal contracts may not only be for surgery.

“Often if a woman isn’t the daughter of someone with means, they look for a boyfriend who can support them,” he says. “So the agreement might be for things like a car, a house, cash, or luxury items.”

In Sinaloa, where poverty is rife and life precarious as a result of the presence of so many armed groups, a “godfather” may bring a woman not only comfort but also protection.

This is what Carmen (again, not her real name) was looking for when she made a pact with a narco. She lives in Culiacan, Sinaloa’s biggest city, but comes from a poor, rural area, where as a child she was often hungry.

“I wanted a life my family couldn’t give me because of poverty,” she says. “So when I was 16 I told my mother I was going to live by myself. I remember my grandmother said, ‘But you’re just a child, what are you going to do?’ And I said, ‘I have hands and feet, and I’m intelligent. I can work.'”

Carmen moved to Culiacan and stayed with one of the many families linked to organized crime. But in this house, she was sexually assaulted. Carmen took a chance and confided in a man she met.

“He saw I was very scared and he said, ‘Take my number.’ I found the courage to leave that house, and kept in touch with him.”

“He told me, ‘You’re a girl, you’re alone and you have no one to protect you in Culiacan, a dangerous city.’

“He said, ‘I’ll be your godfather.’ So I see him when he wants to see me, and all his people know who I am. I can walk around anywhere in Culiacan, and I feel super-protected that nothing’s going to happen to me.”

She doesn’t know how many other women have a similar relationship with this same man.

Carmen is bold and determined. This is a young woman who dreams of going to university and starting her own business, and she has calculated that the way to achieve her goals in Sinaloa is to succumb to the whims of a man she also identifies as extremely dangerous.

“I haven’t stopped being frightened of him. When I meet him there’s talk about the cartel, about business – that scares me,” she says.

“What I try to do is forget what I heard and saw because that can get you into trouble… Maybe my patron isn’t bad, but he’s done bad things. And he might not want to do me harm, but he could have me disappeared whether he’s bad or not.”

Carmen is under pressure from her narco-godfather to have plastic surgery to transform her petite figure. So far she has managed to avoid being taken to a doctor’s consulting room.

“I think those who get surgery are insecure, and maybe they’re more interested than I am in becoming more like la buchona,” she says.

Narco culture’s obsession with plastic surgery has leaked into Sinaloa’s wider society. Billboards advertising surgeons and their wares appear all over Culiacan, assuring prospective clients they can pay with credit if they do not have ready cash. It’s not uncommon for a teenage girl to receive new breasts or a remodeled nose for a birthday or Christmas present. Men too are nipped, tucked and lipo-suctioned. 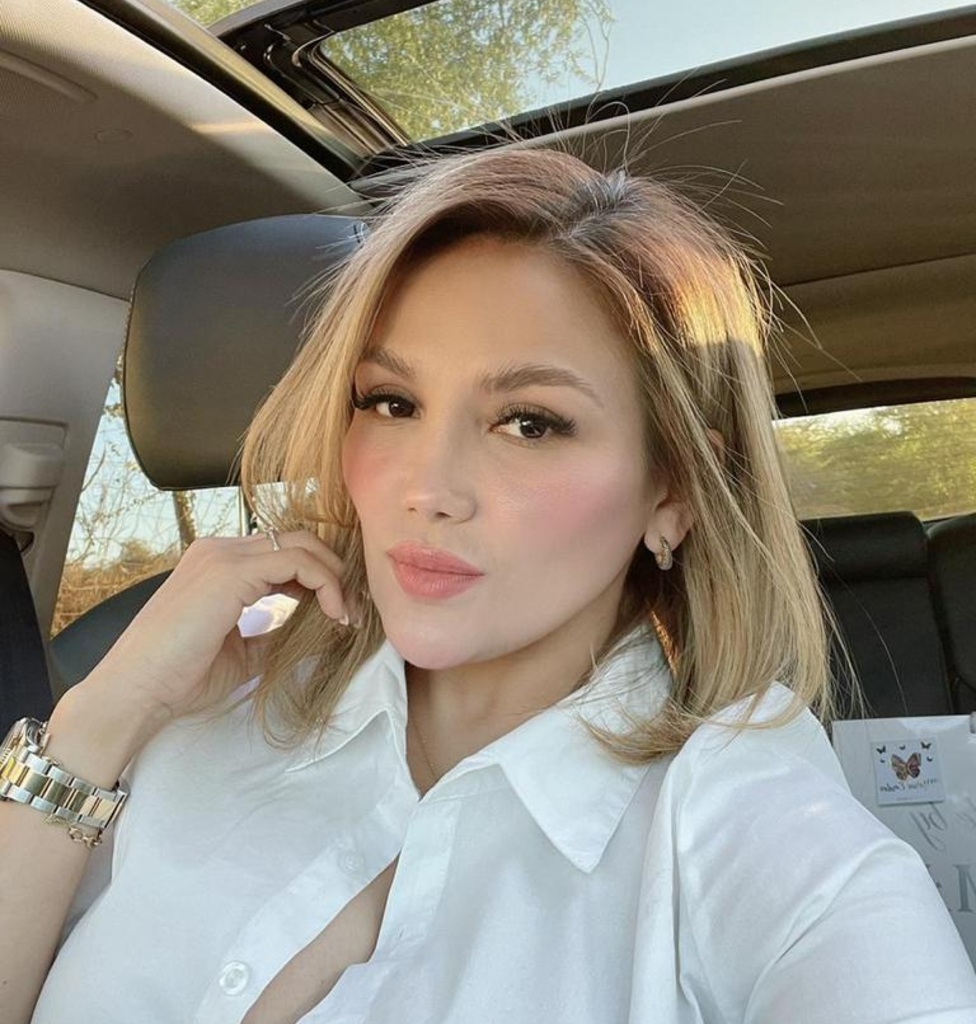 Janette QuinteroIn my 20s, I was the woman with the most pronounced bottom in all of Sinaloa!

Janette Quintero, who runs a large hair and beauty salon, has had more than 20 surgical procedures.

“I love it. For a woman, having surgery is the most beautiful thing in the world – to change things that you don’t like about your body,” she says.

“In my 20s, I was the woman with the most pronounced bottom in all of Sinaloa! I wanted to be like the others.”

Now she says fashion is changing – some women are having the size of their bust and bottoms reduced. But Gabriela (also not her real name), a 38-year-old single mother with her own business, is not among them. She’s very happy with the uber-feminized curves she paid for herself after the break-up of a relationship.

Those procedures have raised her self-esteem, she says, even if they have not yet helped her attract the new partner she is looking for.

While many women in Sinaloa go through a phase of wanting to be a narco’s girlfriend, Gabriela says, she now wants a different kind of man – “someone who’s intelligent, a worker, and who’s loyal”.

But those qualities may be scarce in Sinaloa.

“It’s very normal for a man to have three or four women as well as other girlfriends. It’s part of the culture,” says Gabriela, philosophically.

“And what I’ve seen over time is that men have become more shameless. Women put up with it while they’re supported financially – eyes that don’t see, a heart that doesn’t feel,”

Narco culture has fostered the idea that women are property “owned” by men, says Maria Teresa Guerra, a lawyer who has spent decades advocating for women in Sinaloa.

And this increases the risk of violence against women, she believes, whether that is violence from a narco lover or his enemies.

“Women have been murdered because they’re the partner of a trafficker, or when a man feels he’s been betrayed. The narcos send a message that women belong to them,” Guerra says.

In Sinaloa twice as many women are killed using firearms than in other Mexican states. 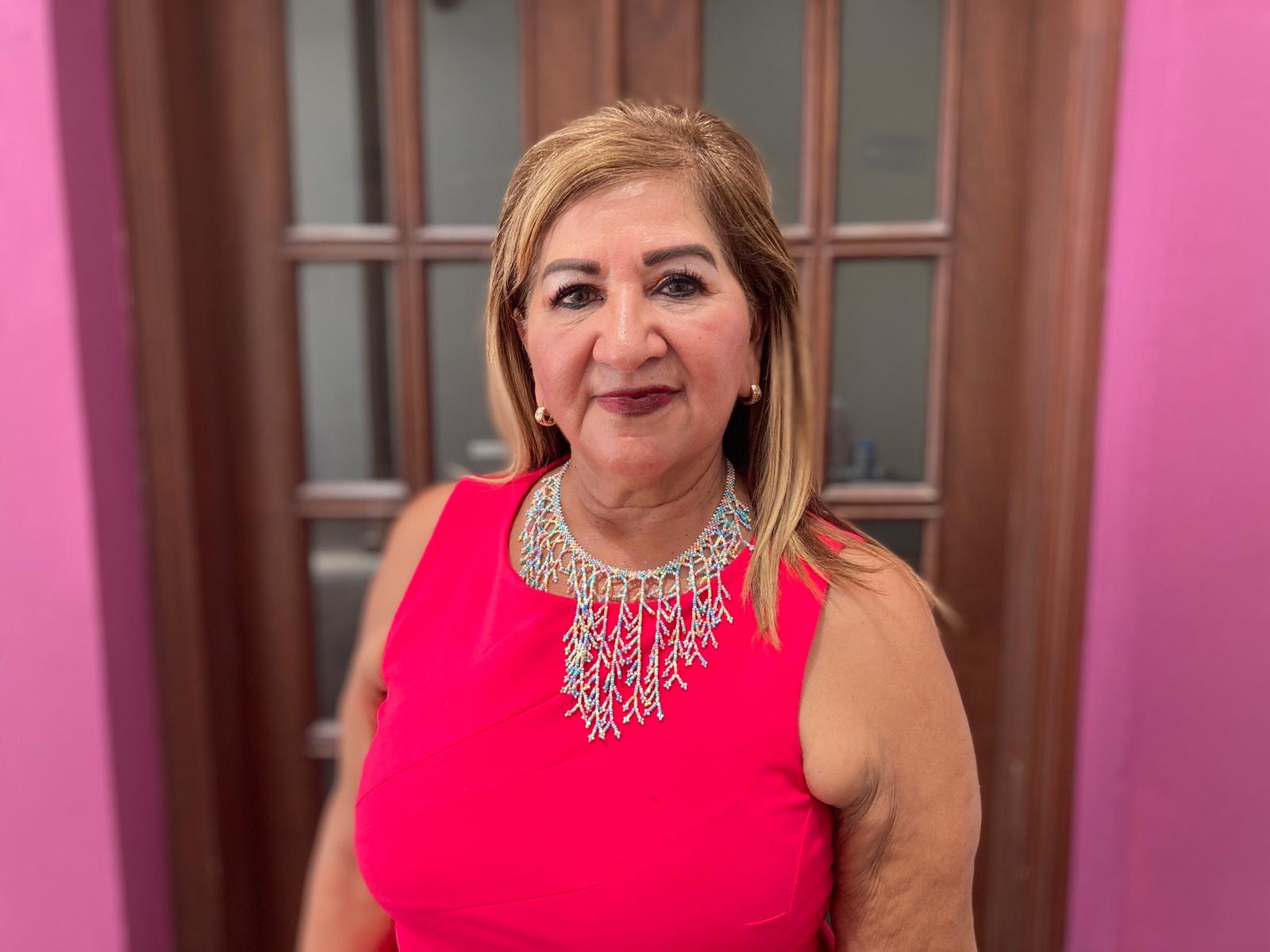 Ulises EscamillaI’ve known women who want to disassociate themselves from drug traffickers, but it’s complicated

“What we find in Culiacan is a high incidence of violence and cruelty against women – their bodies are found tortured and burned,” says Guerra.

“I remember the case of a young woman – her boyfriend was a narco. He paid for her cosmetic surgery. When she was killed, the assassins aimed their bullets at her breasts and her hips – the parts of her body the narco had invested in.”

How easy is it for a woman to say ‘No’ to a narco?

“I’ve known women who want to disassociate themselves from drug traffickers, but it’s complicated,” says Guerra.

“The authorities still don’t want to confront this issue of narco culture. There’s no serious fight against organized crime – there’s still complicity. It’s the narcos who are protected, not women.”

Carmen, who is committed to a dangerous liaison with a cartel heavyweight, may not quite have understood this. Or at least, she refuses to engage with it.

And she does not know how much longer she will be able to resist his entreaties to visit a surgeon to enlarge her breasts or make her bottom bigger.

“For now, he treats me like a goddess,” she says.