With a comprehensive recycling project, the solid waste generated by the city would be reused, says ecologist

Mazatlan, Sinaloa.- The sanitary landfill as an option to replace the city Basurón if feasible to Mazatlan, if one is conducted program integral recycling , taking advantage where plastic, the cardboard, paper, aluminum and even trash organic, considered the member of the Ecological Council of Mazatlán, Mario Astorga.

He said that rather than thinking about a treatment plant that would put the municipality’s finances at risk, a space or land can be purchased for a sanitary landfill, which would be less expensive if the solid waste generated by the city is reused.

“Right now there is a serious problem because more spaces are required for a sanitary landfill, all the waste can be used, simply when it is divided; There is a slogan that is managed, ‘divided is not garbage’, if we divide plastics, aluminum, cardboard, paper and it is left in warehouses, already at the time of the garbage more than organic garbage can arrive ”, he expressed.

He even commented that organic garbage can also be used if composting is made.

He indicated that it is the Directorate of Ecology and Environment that should promote a massive recycling campaign and implement projects for the use of solid waste in the dump.

“Everything can be used, but you have to carry out projects and good projects and go ahead, just for the Ecology Department to take up those projects to change what is required to change to have a clean municipality,” he said. 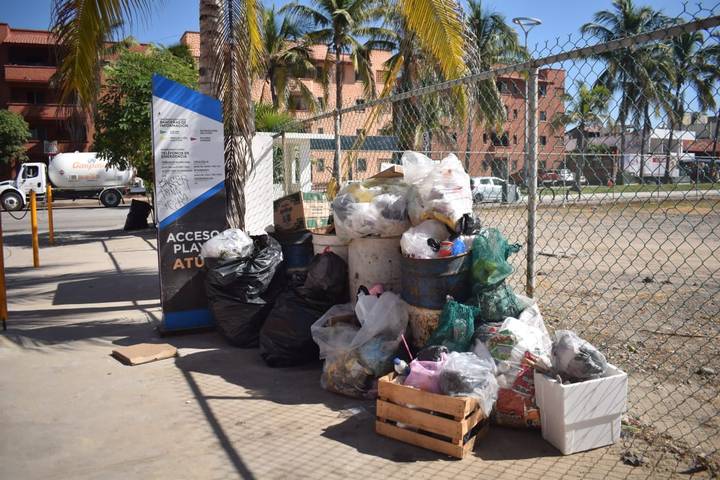 On the other hand, Mario Astorga said that given the problem of water shortages and drought, the municipality should promote awareness campaigns on the care and saving of water in urban and rural areas.

He warned that water is going to be a very serious problem in not many years, since the drought worsens year after year, to the extent that the dams barely store 10 to 25% of their capacity, with which within It will not be enough to do even for basic and domestic services.

The city of Mazatlán generates 700 to 900 tons of garbage per day, which will be fed to the municipal garbage.

“An unforgettable experience being in Mazatlán,” says Senior Hilton VP

In 2022 they start fundraising for the Museum of Mazatlán

Due to the death of a tourist, they suspend the entrance to the Mazatlán lighthouse