The works that began in January are very advanced, the area already shines with another image and the neighbors say they are happy for this work

Mazatlan, Sinaloa.- The paving of the Circunvalación Avenue, on the banks of the Estero El Infiernillo, is ending, at least in the lane next to homes where already work performed from the street Pesquería to Rio Piaxtla introduction of drains

The work that began in January is very advanced, the area already looks like a different image and the neighbors say they are happy with the work.

They go fast, I thought they were going to finish until the end of the year, but no, only the Malecón part would be missing. The paving gives another view to the houses

He added that several administrations ago they had promised to pave the avenue, but only starting flags were given and the work never came.

“It is a dream come true, I have been living here for 30 years, and administration after administration had promised us, they just came to give the flag, but they only paved a piece on the other side of the street when Quirino came, we didn’t believe anymore,” he added.

For some inhabitants, paving represents an opportunity to end the contamination of the body of water, which still exists, although to a lesser extent.

“There are many people who continue to throw garbage here, we do not understand, I clean and it takes longer to clean up than when they come to throw garbage again and they are the same neighbors, ” said another neighbor. 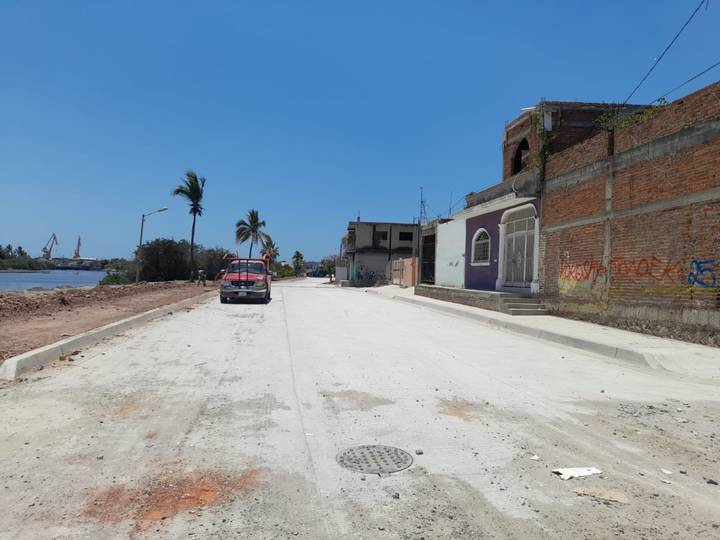 They hope that the remodeling is complete and do not forget the lighting, because at night the area is very dark.

“That lamp at night looks like a Christmas tree, it turns on and off, at night it looks like a wolf’s mouth, but it has changed a lot, which is that we will have to get used to what the car walkway will be after “, said Mrs. Virginia.