Mazatlán, Sinaloa.- On January 11, 2020, work began on the rehabilitation of the Roosevelt collector in the Center of the city, and with these the construction of the Azueta, Lázaro Cárdenas, and Alemán collectors, for a total of 3,225 linear meters with an investment of 69.4 million pesos with resources from the state and the federation.

The work as a whole, which has the objective of counteracting the floods in the area, estimated a period of six months to complete; however, this last collector (German) was one of the first to be started and is still under construction. The worst of all is that for several months, the work has been ” stopped “. 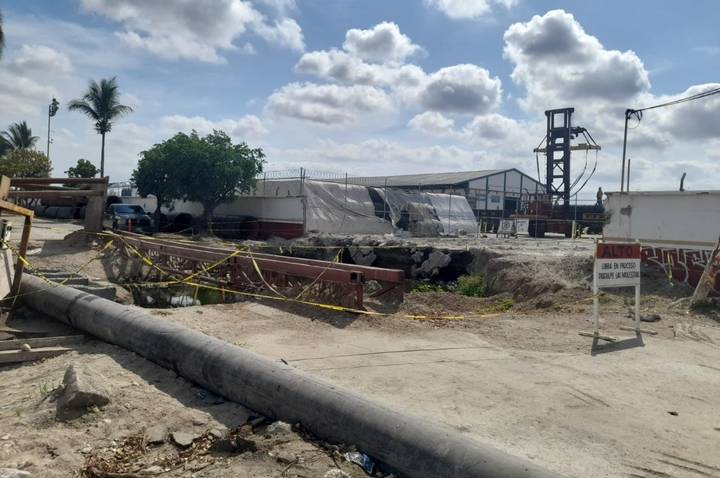 The work has been “stopped” for several months.

The collector has a part on Emilio Barragán avenue, between Vicente Guerrero and Miguel Alemán Avenue, where currently the right lane towards Jumapam is closed to road traffic.

When touring the area, it was found that the machinery is not working and that there is no personnel working. At the site, one of the construction workers who were on duty stated that the project has been stopped for several weeks because they are waiting for a permit to introduce a pipeline through the API facilities.

It is worth mentioning that the mouth of the pipeline, where all the collectors coincide, has its mouth in the navigation channel and for this, it is necessary to go through the docks. 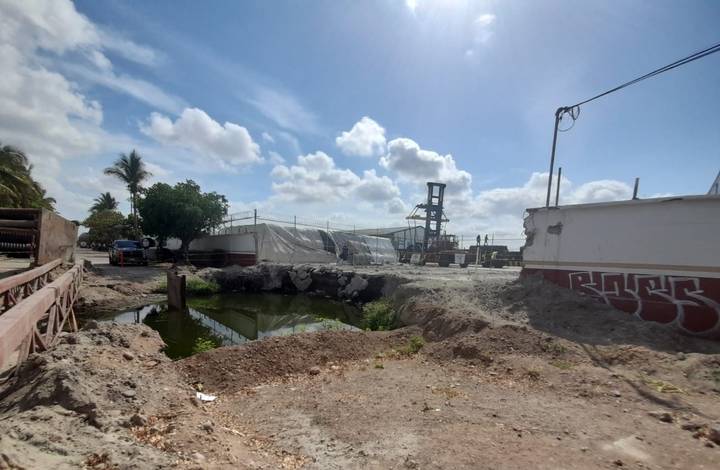 This work has stopped for about six months, without doing anything and affects the passing of vehicles and heavy trucks

“They need a permit from the Commission because there are some light tubes, something like that, but in the meantime, they continue to charge, ” he added.

For the month of April, the Director of Public Works, Daniel Tirado Zamudio, indicated between 90 and 95% progress and added that the delay is due to obstacles of facilities not indicated in the original inventory.

However, he emphasized that as a municipality they cannot do anything more than supervise the works, since the project comes from the state and federal government.