Of 4 thousand 283 people who are checked, one thousand 942 leave with alcoholic breath, and 40 are taken to the municipal drunk tank.

Mazatlán, Sin.- 11.5% of the tests that are applied to vehicle drivers in the operation of the breathalyzer in Mazatlán come out positive and of these, 8.1% of the people are referred to the municipal drunk tank, while 45.3% of the people reviewed show alcoholic breath.

According to statistics from the Alcoholimetry program, which the Sun of Mazatlán obtained via access to information, 4,283 tests have been applied so far this year, of which 493 were positive and 1,942 people had alcoholic breath. 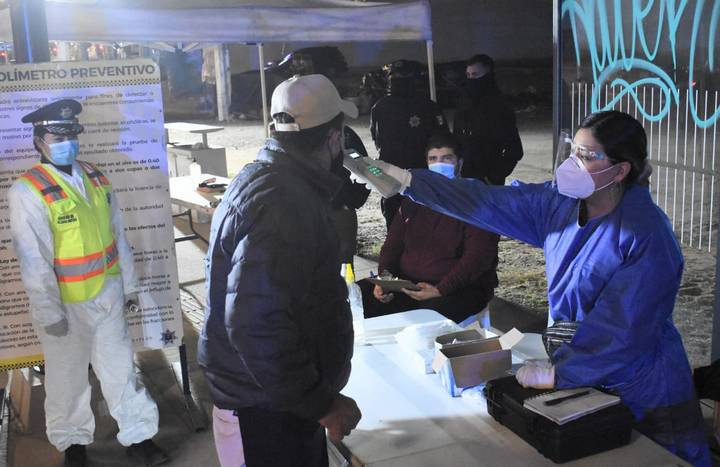 The months with the most positive cases and detection of alcoholic breath are February and April, the first coinciding with the long bridge of February 1 on the occasion of the celebration of the Constitution Day and the celebrations of the Day of Love and Friendship, and the second, with Holy Week.

In February 1,179 tests were applied, 145 were positive, 466 cases with alcoholic breath, 17 people were referred, 25 vehicles were transferred to the pension, 120 units were released to relatives, and 50 foreigners.

In April, the Breathalyzer operation included a cut-off on the 17th, a total of 1,180 tests on the same number of people, of which 134 were positive, 611 had alcoholic breath and 6 were sent to the municipal drunk tank. Eight vehicles were transferred to the detachments, 126 units were released and 64 were owned by outsiders.

The objective of this operation is to prevent accidents due to alcohol consumption, during Easter, the delivery of triptychs was included in highway cruises in the city and the message “If you drink, don’t drive” was promoted.

Only in the Semana Mayor, from March 29 to April 4, 483 tests were carried out, 231 drivers came out with alcoholic breath and 66 tested positive, exceeding the allowed limits. In that same period, 11 traffic accidents were registered, resulting in 6 people injured.