The project is nine months late

Mazatlan, Sinaloa.- A year and three months after the project was started the collectors of the City Center and is deemed to six months to complete them , the work in the German Miguel Avenue still under construction.

The work of the state and federal government that includes 3,225 linear meters and executed with an investment of 69.4 million pesos is intended to end the long-standing problems of flooding in the Center.

Although the collectors are given different names (Teniente Azueta, Lázaro and Roosevelt) they are all part of a structure that will eventually lead to the navigation channel through the Alemán collector.

Part of the east collector passes through Emilio Barragán avenue and the section that includes from Vicente Guerrero street to Miguel Aleman avenue has been blocked by road traffic on the right lane in the direction of Jumapam, for some months.

The Director of Public Works, Daniel Tirado Zamudio, pointed out that the work in general is between 90 and 95% complete. 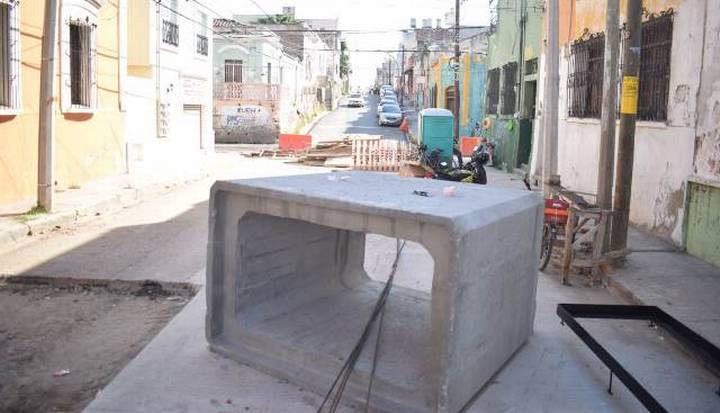 As Public Works of the municipality, we are aware of what is being done, they are about to finish as general works are at 90-95%.

The project in that area has been delayed due to obstacles in facilities that were not indicated in the inventory, which has caused the closure of the road and the generation of traffic at peak hours and damage to the pavement. 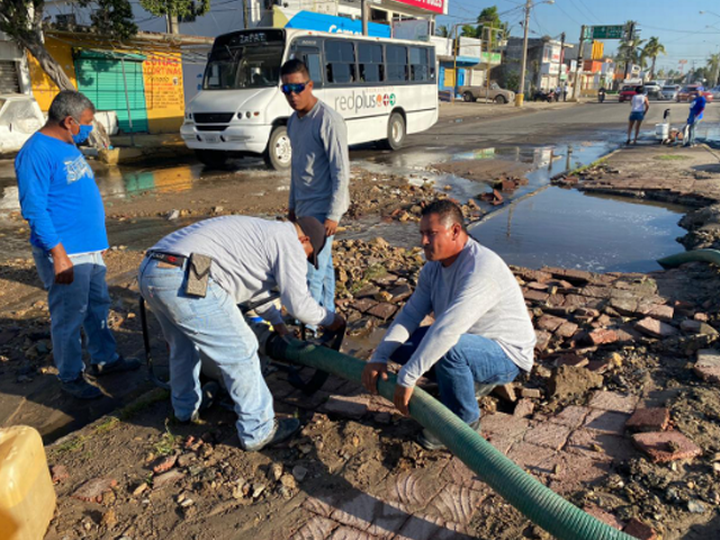 Tirado Zamudio added that there are small details that are missing for the work to be completed in its entirety.

The mouth of that pluvial pipeline will be through the API, the rainwater will be thrown into the sea through the dock. The only thing missing is that crossing and some details at the exit of the shield on the boardwalk.