According to SEDECTUR, the port registered a hotel occupancy of 70%, occupying 54 thousand 166 rooms

Mazatlan, Sinaloa.- Despite the pandemic of the Covid-19, Mazatlán is ranked as a national leader in hotel occupancy rates, averaging 65% at Easter, said the president of the Association of Hotels Tres Islas, José Ramón Manguart Sanchez.

He stated that without a doubt the difference is called the Mazatlán-Durango highway, which marks the before and after not only from its opening, but from the first economic crisis of 2013

He recalled that before the superhighway, Mazatlán took up to seven years to recover from a crisis and currently the port is going at a faster pace, which benefits all sectors.

“Total recovery will depend, as vaccination progresses and confidence in trips to destinations that guarantee safety increases, this will very importantly detonate the city in the future,” he said.

Manguart Sánchez pointed out that for Easter Week the flow of visitors will decrease because this time the traditional Motorcycle Week will not take place, but they trust that tourists will arrive at the destination at the last minute.

He explained that from Monday to Wednesday the occupancy in accommodation establishments was 52% and surely from Thursday to Sunday they will again reach levels of 68%. 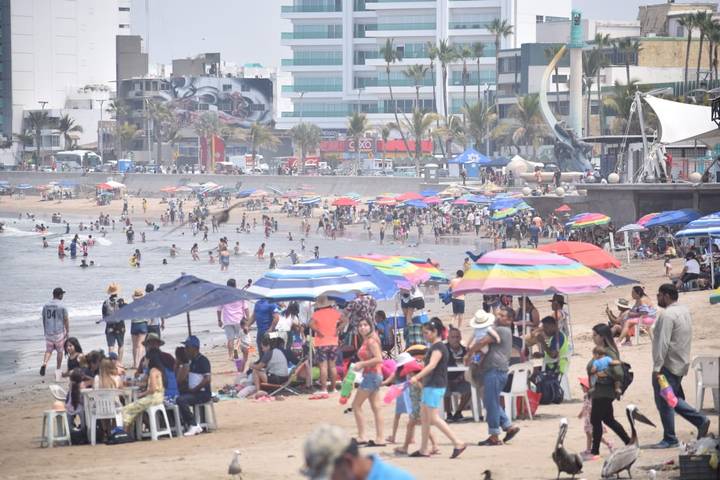 “The flow of reservations this week is lower than that of Easter, even so, let’s consider that we are going to have the same behaviors,” he said.

“The precedent that Mazatlán has in Easter and Easter was practically at a similar occupancy level, but due to the atypical question that we have an event in Easter Week (Motorcycle Week) today that event is not going to take place. out, “ he said.

According to figures from the Confederation of National Chambers of Commerce, Services and Tourism, the country’s tourist destinations, mainly beach ones, register considerable influxes during the Easter holidays, with occupations of 50% on average, which were led by Mazatlán, which registered an honorable 70%.