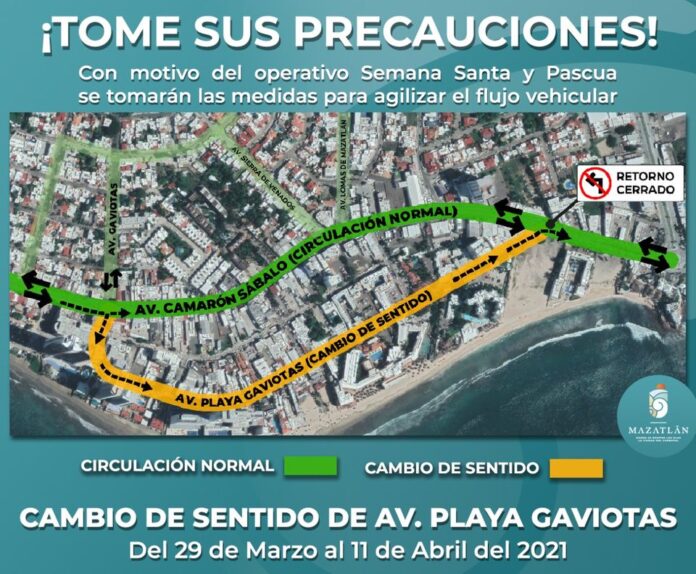 Mazatlán.- As part of the actions to have a safe Easter in Mazatlán, an operation will be implemented to change the direction of Playa Gaviotas Avenue in the Golden Zone of the city, announced Jesús Antonio Estrada Díaz, Deputy Director of Municipal Transit.

He announced that the measure will be implemented as of Monday, March 29.

“Playa Gaviotas Avenue is going to change direction, heading north to south instead of south to north. You will see circulation through Camarón Sábalo and for whoever wants, Playa Gaviotas will be optional,” said Estrada Díaz.

Estrada Díaz pointed out that the change of direction was thought to be implemented as of Thursday, but explained that for logistical reasons and in order not to affect third parties, it will be changed beginning Monday, the 29th with all its signage, and will remain so until Sunday, the 11th of April.

He added that Municipal Transit staff met with Capta to fine-tune the last logistics details since this is part of the New Reality Holy Week Operation.