The trip to the People’s Republic of China by the State Government brought ideas for the dredging of the port in Mazatlan and is already contemplating the construction of what is known as “dry port”, informed the Secretary of Development Economic, Javier Lizárraga Mercado.

The dredging of the port of Mazatlan could be the farewell work of President Enrique Peña Nieto, in Sinaloa.

If the provisions of the international public bidding are complied with, which finally came out after years of waiting and have been postponed twice in 2017, it is estimated that these works will begin on October 29, 2018, just one month before The elected president, Andrés Manuel López Obrador, takes office.

During the Tourist Tianguis held in April in Mazatlan, an agreement was signed for the modernization of the port, where it was established that the resource will be 2 thousand 200 million pesos. 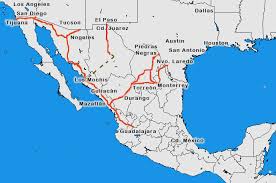 “To aspire to be a high-traffic port, where larger vessels can come (draft), there are ships that have already reached 21,000 containers, it’s crazy, but what you’re thinking of having is 15.3 in Mazatlan,” he added.

With those 15.3 deep, he said, Mazatlan will move to another level.

The call issued on July 12 indicates that the dredging will be done in the 2.5 kilometers of the navigation channel to reach a depth of about 15.2 meters.