The Civil Protection coordinator in the southern zone assured that the routes will be from Ceuta beach in Elota, to Las Lupitas in Escuinapa

Mazatlán, Sinaloa.- The Civil Protection coordination in the south of Sinaloa declares itself ready to provide security on the beaches of the south of the state during the holiday period of Easter 2021

Oscar Osuna Tirado reported that in addition to monitoring the beaches in the southern municipalities, they will be careful that they camp, that there are no crowds and the use of a mask.

He mentioned that each of the municipalities will establish their protocols and so far most of the beach destinations will allow access to the public.

He announced that Mazatlán has a very well established plan where capacity on the beaches will be monitored to avoid large numbers of bathers.

Osuna Tirado insisted that the recommendation for everyone is not to camp in the beach areas, that they do not make crowds so that families can move away so that they can live together peacefully and minimize any contagion that may occur.

“We will be reinforcing with permanent routes precisely to guarantee the safety of bathers and avoiding crowds to avoid contagion and inviting citizens to respect the protocols in each of the municipalities,” he said

He assured that the patrols will be permanent, mainly in destinations with beaches, among them the south of the state stood out: Ceuta, La Cruz, Barra de Piaxtla in San Ignacio, Mazatlán, Caimanero in El Rosario, Las Cabras and Lupitas in Escuinapa. 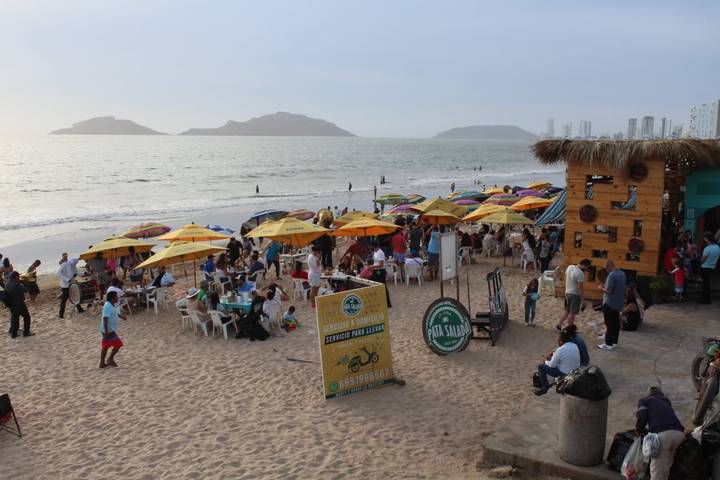 The state official indicated that the team and the number of elements that will be participating in the operations is still unknown, the deployment will be throughout the state.

The Aquatic Squadrons are already training and we will be reinforced with the Secretary of the Navy at some points.