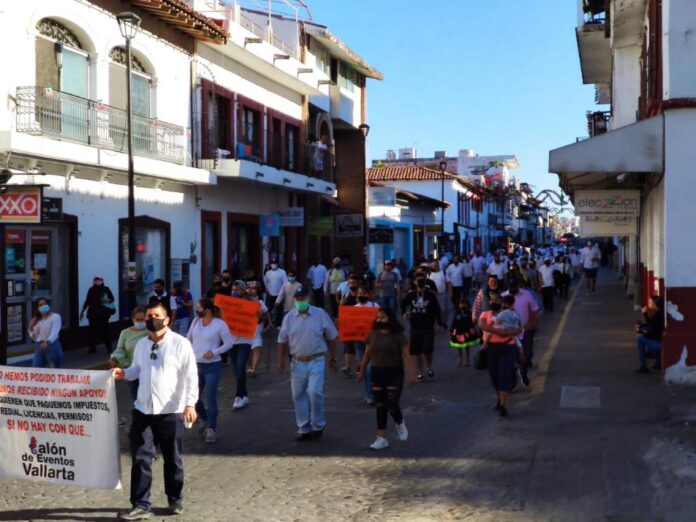 At about nine o’clock in the morning, event room owners, musicians, waiters, little clowns, and club owners, came out to demonstrate to demand financial support and let them open even a few days a week.

It is worth mentioning that according to the testimonies of some event hall owners, they commented that the Municipal Government has not supported them much in terms of paying for water or licenses, since they do not have the money to pay for them.

On the other hand, waiters commented that they have had to pawn things or go into debt to be able to get ahead in terms of expenses.

Therefore, they ask for a minimum that the establishments open from Thursday to Sunday, complying with the protocols. As for the night clubs, they announced that they will present a proposal to the municipality so that they can open.

Likewise, owners of salons that are demonstrating have pointed out that the Regulations area has been negligent since some salons were having parties, or renting their terraces or patios at home to hold meetings.

It is worth mentioning that at this time 4 representatives of the different sectors have already entered to speak with the Secretary-General, Francisco Vallejo.