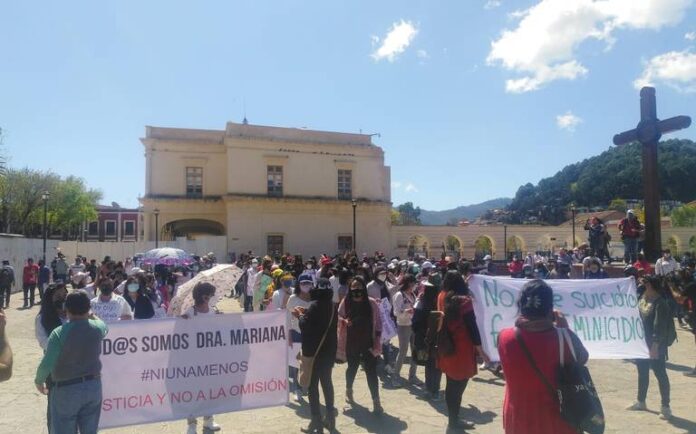 Citizens and the Environmental Network of the Jovel Valley held a Conference in Defense of Water, Wetlands, Life, and Peace, to express their outrage at the environmental destruction our country is going through.

They pointed out that radical groups wanted to silence them, but they will never surrender, they are an association built alongside citizens, academics, students, organizations, collectives, neighborhoods, neighborhoods, subdivisions, indigenous communities, men, women of good heart, and communicators.

The people of San Cristobal understand that the defense of the wetland will bring a better future for their sons and daughters, but it seems like some are betting on ending nature and water, fostered by corruption and greed.

They emphasized that modern times brought pavement and cement, as “status of modernity”, which has been a factor of flooding in much of San Cristóbal de Las Casas, likewise, academics consider that ninety percent of the city is cement and 10% are green areas or ecological reserves.

For this reason, on the occasion of celebrating World Wetlands Day, on Saturday, February 6th, they will take to the streets to express their right to life, to have a healthy environment, health, clean water, wetlands, ecological reserves, and forests, because their struggle is for a state of justice from the three orders of government.

Wetlands are transitional zones where water connects to land, areas that remain in flood conditions temporarily or permanently, these are vital for human survival and are among the most diverse and productive ecosystems. Likewise, they are the cradle of biological diversity, sources of water, and primary habitat for innumerable plant and animal species.

There are numerous types of wetlands, each one has particular and diverse geological characteristics, such as marine, estuarine, lake, riparian, and marsh.

The Convention on Wetlands was concluded in 1971 in the city of Ramsar, Iran, it is the oldest international treaty on the environment. The agreement was negotiated between countries and non-governmental organizations concerned about the increasing loss and degradation of wetland habitats for migratory waterbirds.