Next Downturn Could Begin as Early as October
Here are the EXACT steps I’ve personally taken to prepare…
I’ve studied the markets going back to the 1950’s and found a solid historic indicator that shows we could see the next downturn in less than three months.
I’ve taken a number of specific steps to protect my wealth (while still earning 5%+ annual gains), which I’d like to share with you today.

I’m currently sitting on more cash than at any other point in my life.

That’s because I think we’re on the verge of the next, major leg down in the markets.

But I’ve structured my finances in a way that is both highly liquid (allowing me to take advantage of any future opportunities) and generating a solid return – around 6% a year.

In my mind, it’s the single best way to “sit in cash” today. And I’ll tell you all about it in a moment.

First, I want to share why I think a market collapse could be just months away…

There’s always a trigger that causes the bubble to burst…

And in researching the past 60 years of financial history, I’ve identified a unique historic indicator that signals a major economic downturn.

Let’s take a quick look at just the past 30 years.

On the back of the savings and loan crisis of the late 1980’s, the Federal Reserve cut interest rates to boost the economy.

Then, following that period of easy money, we had the tech bubble in the late 90’s. It was a wild time. Any joker with a website could take a company public and make a fortune – even if the company wasn’t making any money. Equity valuations reached insane levels.

The whole thing collapsed, sending the economy into a recession.

But the Fed cut interest rates again, releasing another tidal wave of money. This time, the money found its way into real estate. Every mom and pop investor was flipping houses and making a mint.

That was followed by the real estate crisis of 2008.

With every bubble, there’s a certain asset class that gets out of control. And the bubble occurs because of monetary policy – the Fed cuts rates and prints money… all of that cash has to go somewhere.

And while every bubble throughout history has involved a different asset, they all have one thing in common…

And through my research, I’ve pinpointed the one thing that eventually leads to recession and massive market declines…

On the back of every boom (which was fueled by easy monetary policy), the Fed starts to raise interest rates to cool things down.

At first, the market thinks it’s fine. The Fed eases into higher rates with small and slow hikes. But the Fed usually overcorrects, raising rates to a level higher than the market can bear.

That’s when the trouble occurs.

Bubbles are inflated on the backs of low-interest rates, where easy-flowing capital gushes into a certain asset.

And as the Federal Reserve starts to worry things are overheating, it slowly starts increasing interest rates. They’re taking away the punch bowl.

But higher interest rates make things more expensive. They suck money out of the system. And they eventually lead to a crash.

If you look at history, you’ll find the bubble bursts 34 months, on average, after the Fed first raises interest rates.

Again, looking back since World War II, it takes an average of 34 months from the time the Fed starts raising interest rates until we have a recession.

The Fed is raising rates again…

We’re now 10 years into the current bull market – one of the longest in history.

And with asset prices at outrageous levels nearly across the board, the Fed has once again stepped in to cool things off.

Based on that math, the next recession could come in October 2018… just three months away.

There’s no need to panic

I want to be clear…

I’m not saying the recession will definitely begin in October 2018. It’s a possibility.

However, it’s also a possibility the recession has already started. After all, stocks have failed to move above their January 2018 peak.

The important thing to know is that markets move in cycles. One asset gets so out of control that, after the crash, everyone wonders how they didn’t see it at the time… because the valuations and activities were so blatantly absurd.

We also know that we’re 10 years into the current bull market (making it one of the longest in history). And the Fed has already started raising rates, which is sucking liquidity out of the system.

Things are already stretched to the upside. And we’re seeing plenty of activity happening today that makes zero financial sense. It’s safe to say… the longer this market goes on, the more likely a recession becomes.

Pretending this time will be any different is just stupid. And it’s important you take action, right now, to put yourself in a position of strength before this all comes tumbling down.

Where you’ll find the bubble today

Today, without a doubt, a massive bubble is forming in corporate debt.

And one recent example tells the story perfectly…

As with most big mergers, AT&T borrowed a bunch money to do the deal.

And the combined company now has a staggering $180 billion of debt… making it the most indebted, non-financial company in history.

Most countries don’t carry that much debt, much less companies that sell us cell phones and cable.

In total, there’s more corporate debt in the world today than ever before. Ccorporate debt to Gross Domestic Product in the US is near an all-time high of around 72%.

And there’s so much debt because of low rates and easy money. All of the cash needs to go somewhere. And people today are willing to pay more and more for the same amount of earnings.

So share prices continue going up even though fundamentals are deteriorating.

Meanwhile, most executives are incentivized to inflate their share price.

But it’s a horrible investment today. And they’re harming shareholders by burning their cash on outrageously expensive assets.

More than 20% of the companies in the Russell 2000 index and nearly 10% of S&P 500 companies need to borrow money just to pay interest on their debts.

How is it possible that people continue lending these companies money?

People will look back and ask how this made any sense… how people could be so stupid.

I think we may have already seen the top

I’m not trying to be alarmist. But, as I explained in this note, I think there’s a good chance the market has already peaked.

Just look at the facts:

Not to mention, we’re on the verge of an all-out trade war with China.

But as an individual investor today, you have a major advantage over the large pensions and institutions.

Simply put, you don’t have to be invested!

You can sit things out on the sidelines, waiting for prices to come back down to earth.

That’s why I’m sitting on more cash (and other highly-liquid assets) than at any time in my life.

But the big players have minimum return requirements and future liabilities… so they have to put their capital to work. And it’s going to end badly.

And I’ll show you the safest places to ride out this storm (and extra steps you can take to protect yourself and your family after the crash occurs).

And keeping some powder dry, this late in the economic cycle, is one of the best ways to avoid a massive mistake.

Remember, history shows the recession could come as soon as October.

I’m perfectly happy foregoing any future gains in the market to swoop in after the crash and buy high-quality assets on the cheap.

Remember, it only takes one trade to get rich. And the next crash will present some amazing opportunities.

So here’s what I’m doing with my own money, today to:

2. Earn a 5%+ yield, and
3. Stay liquid in order to go bargain shopping after the crash 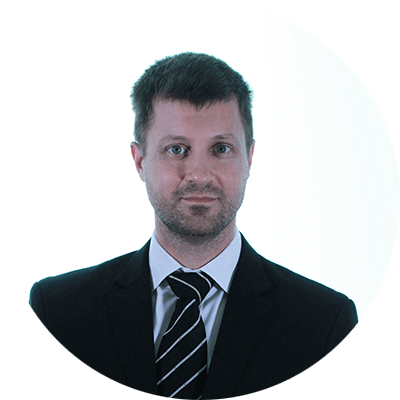 His goal is to use his experiences from his travels and life to help you achieve more freedom, make more money, keep more of it, and protect it all from frivolous lawyers and out of control governments.