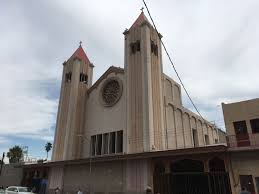 The Inegi Population and Housing Census established that in Coahuila, the Catholic religion registered a decrease of six points since in 2010 the amount was 80.4 percent and in 2020 it decreased to 74.9 percent.

On the subject, the Bishop of Torreón Luis Martín Barraza Beltrán points out that it is a behavior that they have been observing, which is why they have discovered that social networks are an area of ​​opportunity to connect with the youth population that is somewhat far from the church.

The objective of the Population and Housing Census is to produce information on the size, structure, and spatial distribution of the population, as well as its main socioeconomic and cultural characteristics, in addition to obtaining the housing count and some of its characteristics.

In what corresponds to Coahuila, the statistics of the total population by religious group establishes that in 2010 80.4 percent of the population assured were Catholic and ten years later, the number of practitioners of this religion decreased to 74.9 percent.

The increase occurs in the religion classified as Protestant / Evangelical Christian, since while in 2010 the amount was 10.0 percent, in this 2020 census the amount rose to 13.4 percent and other religions, without specifying, decreased from 1.9 in 2010 to 0.1 percent, and without religion it also increased from 5.5 percent to 10.9 percent.

That is why you must have creativity to reach the far away and Pope Francis made a document in which he says that he dreams of a Missionary Church.