Mazatlán, Sinaloa.- What does a musician do when he doesn’t play? He works as a bricklayer, taxi driver, car washer, among other jobs that allow him to take some money home. Since May, due to the Covid-19 pandemic, this is how the philharmonic members of the union in Mazatlán are, “forgotten” by the authorities, living on borrowed money and even asking for help in the streets of the city.

And now with the suspension of permits for the traditional Christmas posadas, they will once again be the most affected, as well as waiters and organizers of food banquets, warned Marco Antonio Gordoa Obeso.

The secretary of the Mazatlán Musicians Union considered that between 1,800 and 2,000 families depend economically on the people who work in the music union.

Gordoa Obeso commented that they could once again be forced to go out to exercise the activity in the streets, traffic lights and roundabouts of the city, to try to survive, due to the lack of work as there are no permits for events.

“For us it would be bad, because the work will decrease and due to those seven months that we were suffering from the pandemic, in the absence of money, it would be regrettable,” he said. 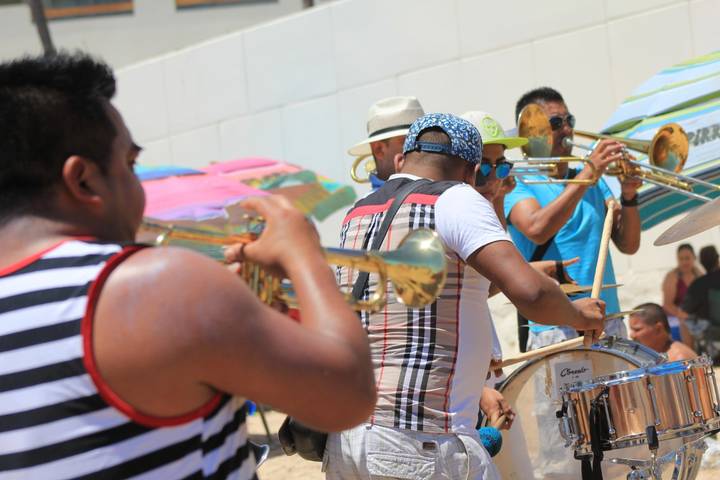 The suspension of permits for the traditional Christmas posadas affects hundreds of Mazatlan musicians.

He admitted that this union has been greatly affected by Covid-19. First, it was the isolation and now with the restrictions so that they can carry out their work, “there is no longer the door”.

The leader of the musicians added that they can carry out the activity, as long as all health protocols are complied with to prevent infections, but the Mazatlán City Council announced that it will not grant permits for the celebration of posadas, to avoid crowds due to the pandemic.